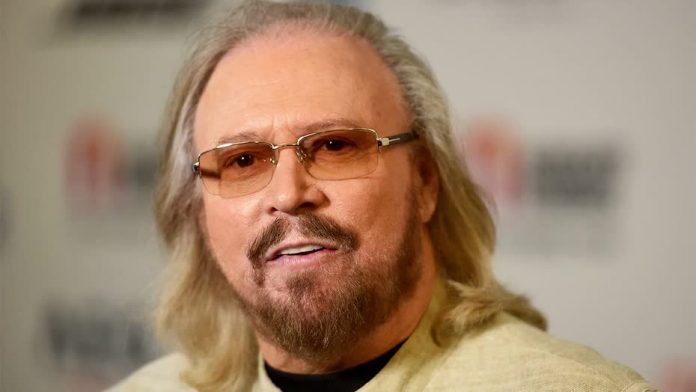 Gibb founded the Bee Gees alongside brothers Robin and Maurice

The Bee Gees’ Barry Gibb is getting candid about his life.

Gibb — who is the sole surviving member of the Bee Gees — reflected on a number of topics including his upcoming music, his family, The Bee Gees’ recent HBO documentary and his biggest life regret in a new interview with Al Roker for “Today.”

In speaking on his new music, Gibb, 74, cited the loss of his brothers as to what inspired him to re-enter the studio once more.

“Suddenly being on your own, which is where I ended up — no matter how much I missed my brothers — I needed to be active,” Gibb revealed. “That was the greatest therapy [was] to get back in the saddle.”

Last month, Barry Gibb released “Greenfields: The Gibb Brothers Songbook, Vol. 1.” It features some of the Bee Gees’ biggest hits reimagined as duets with some of country music’s biggest names.

“I had a dream about recording these songs with the artists I admire the most in country music,” Gibb said of the new music. “I’d come and gone from Nashville over the years. I worked with Ricky Skaggs and that really got me bitten.”

He added: “[And] Kelly Lang and T.G. Sheppard who are veteran recording artists in Nashville introduced me to everybody else. I got to do the Grand Ole Opry and the Ryman [Auditorium]. I got to work in those places and play with other artists. So, yeah, it’s been a long time coming for me, but being alone I was able to choose what my dream was and this was it.”

Roker then asked Gibb about the loss of his siblings. The musician noted that you learn to accept the loss, but “never quite get over it.”

“My sister, who still lives in Australia, is still alive and kicking and she’s two years older than I am, so I guess the oldest brother doesn’t necessarily have to be the first brother to pass,” said Gibb. “There was a lot of shock—we lost Andy when he was 30.”

“You have to grow through it, learn from it,” Gibb added. “You go through the grieving period and then there’s acceptance, but you never quite get over it… but the reality is this is what happens, and you don’t know when and you don’t know who it’s going to happen to.”

Elsewhere in the interview, Roker touched upon the HBO documentary, “The Bee Gees: How Can You Mend a Broken Heart,” and inquired about Gibb’s take on the 2020 doc.

“I haven’t seen it,” Gibb revealed. “I did the interviews, I did everything that was asked of me and I can’t vouch for anyone’s opinion in the documentary.”

At the end of the interview, Roker asked Gibb if he had any regrets, to which the singer responded, “Oh, yeah!” with a big laugh.

“The greatest regret for me is that I didn’t spend enough time with my brothers in their last days,” Gibb shared. “That’s a regret.”

“I went to see Robin when I knew his time had run out and Maurice was gone within two days. So once again you can’t predict these things, it just happened — and Andy, of course, was the first [to go]. Devastating,” he said.