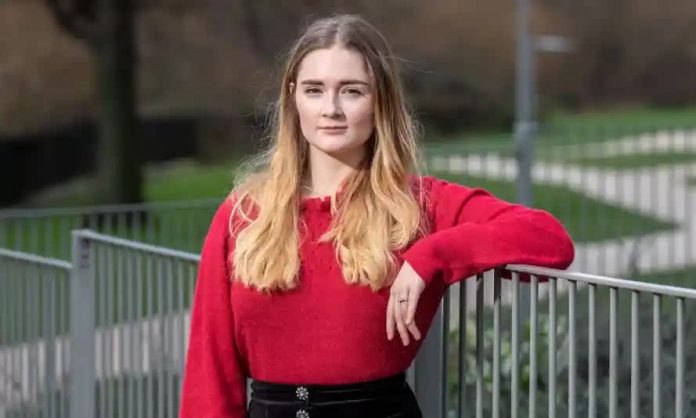 Jennifer Pinches said that the action was ‘just the beginning of the sweeping changes that we are demanding’. Photograph: Jeff Gilbert/Shutterstock

British Gymnastics is facing an unprecedented class-action lawsuit from 17 former gymnasts, who allege there was widespread physical and psychological abuse deployed by coaches on children as young as six as part of a “win at all costs” mentality in the sport.

On Wednesday the sport’s governing body received a letter before action detailing claims of young gymnasts – three of whom competed for Team GB – being punched, kicked, slapped or held by the ears by coaches as an “act of humiliation” when they did not perform moves correctly.

The letter also alleges that there was a “culture of bodyshaming” perpetuated by British Gymnastics, with teenage gymnasts required to “starve themselves” to hit target weights and being given “punishment conditioning” or having to wear a “fat suit” if they failed to do so.

Some of the gymnasts also allege that they had to find methods of smuggling contraband food into their rooms because they were so hungry from a diet of 1,000-1,200 calories per day – roughly half that recommended for teenage girls by the NHS – with one reporting she hid it in the ceiling tiles, or under her mattress.

“British Gymnastics implemented a model of suspended pre-pubescence leading to generations of girls with eating disorders, body image issues, and deliberately stunted physical development,” the letter adds. “Many of the claimants now suffer from eating disorders, body dysmorphia and/or an unhealthy relationship with food.”

The action is spearheaded by London 2012 Olympic gymnast Jennifer Pinches, who said: “For too long we have seen British Gymnastics prioritise podiums over people which has led to untold damage to the lives of young people. It is a heartbreaking truth to face, knowing the level of abuse that we and so many others were subjected to. This is just the beginning of the sweeping changes that we are demanding, and the justice that we will fight for.”

The letter also alleged that there was a cavalier attitude to injury and complaints of pain – with pressure on young gymnasts to continue to train whilst injured and to take strong pain medication to maintain the training schedule expected of them.

Another Olympian, Hannah Whelan, confirmed that she was one of the gymnasts involved. She said: “It is vital that we get recognition of the shortcomings of British Gymnastics and support for the people who have been affected to create the change needed.”

Claimants also describe a bullying or fearful atmosphere within their training facilities, as well as verbal abuse including being told they were “fat”, “rubbish”, “stupid little girl”, “an embarrassment” and other derogatory terms.

The 17 gymnasts are all women, who at the time of the alleged abuse were aged between six and 23. The claimants say they felt unable to complain about their treatment because many coaches and British Gymnastics personnel had close personal relationships. Furthermore, gymnasts feared repercussions because many coaches also acted as judges in competitions.

Earlier this month it was revealed that 221 calls alleging abuse in British gymnastics had been received on a special hotline set up by the NSPCC – with more than half considered so serious they have resulted in a referral to the police or social services.

In December Jane Allen, the CEO of British Gymnastics for nearly a decade, stepped down. The women’s head coach, Amanda Reddin, has also been placed under investigation following several allegations about her conduct.

They include claims by the gymnast Ruby Harrold, who accused Reddin of presiding over a “culture of fear” at Lilleshall, and described food portions that left her and her fellow gymnasts hungry. Reddin has denied any wrongdoing.

In a response, British Gymnastics said: “We took receipt of the Letter Before Action on Wednesday afternoon. It would not be appropriate or fair to all parties for us to make any comment until we have had the opportunity for it to be fully considered.”