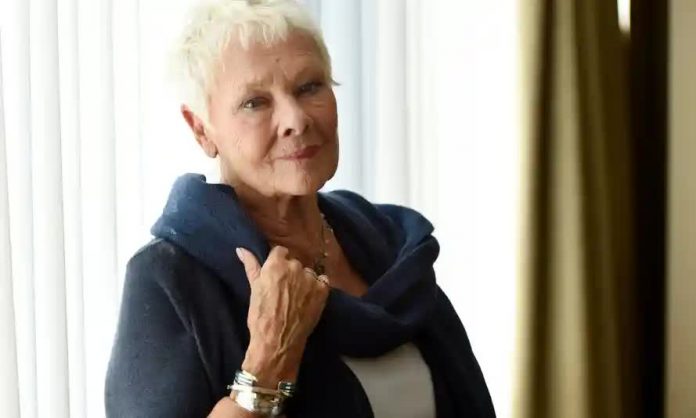 Dench has age-related macular degeneration, which affects more than 600,000 people in the UK. Photograph: Chris Pizzello/Invision/AP

Dame Judi Dench has spoken of her determination to carry on working despite sight loss, even if that means using friends to learn lines and being gently told to stop delivering speeches to the proscenium arch rather than her fellow actors.

Dench described how she copes with deteriorating eyesight – the challenges, the unexpected advantages and the funny side – at an online event on Thursday with Stephen Fry and Hayley Mills for the Vision Foundation, the London sight loss charity.

She explained how she had learned to adapt to her condition, caused by age-related macular degeneration, which affects more than 600,000 people in the UK.

“You find a way of just getting about and getting over the things that you find very difficult,” she said. “I’ve had to find another way of learning lines and things, which is having great friends of mine repeat them to me over and over and over again. So I have to learn through repetition, and I just hope that people won’t notice too much if all the lines are completely hopeless!”

Her sight loss at least had the occasional funny side, Dench said.

“I was doing the Winter’s Tale with Ken Branagh a couple of years ago, playing Paulina, and after we had been running for three weeks or so at the Garrick he said to me – I have a long speech at the end – he said: ‘Judi, if you were to say that speech about eight feet to your right, you’d be saying it to me and not to the pros’ arch … ’” Laughing, she continued: “I rely on people to tell me!”

Dench, 86, said her mother had similar sight loss “and now Finty, my daughter, goes and has her eyes checked. It is intensely irritating.

“But it does enable you to do one thing and that is that you have to get very close to people before you can recognise who they are. During lockdown I made a film and I was up close addressing people wearing masks during rehearsals, nothing to do with any scene I’m in. It’s kind of exquisite if you can do that and that’s the good side of it, and you have to look at that side of it.”

She said she could easily walk past someone she knew well and not recognise them. “That’s tricky … But you adapt to it. And I don’t want it to interfere.”

The Vision Foundation, formerly known as the Greater London Fund for the Blind, is this year celebrating its centenary and has launched the biggest fundraising appeal in its history, with the aim of raising £1m. One of its biggest supporters was the late actor Sir John Mills – father of Hayley Mills – who lived with sight loss for the last 20 years of his life.

The event on Thursday celebrated Mills’ life, with Fry revealing it was Noël Coward who discovered him. “Johnny was a hoofer, a song and dance man, but also an actor,” said Fry.

Coward was in Singapore when he saw a poster for “the Quaints” doing a double bill of Hamlet and Mr Cinders (a 1928 musical). “As Noël said: ‘I was so intrigued by this macabre poster that I had to see it.’” He was so impressed by Mills he used him in his next show, Fry said, and after that followed the breakthrough movie In Which We Serve, directed by Coward and David Lean.

Dench, Fry and Mills were appearing at the free event Taking Centre Stage, which will remain accessible until 6.30pm on Sunday.