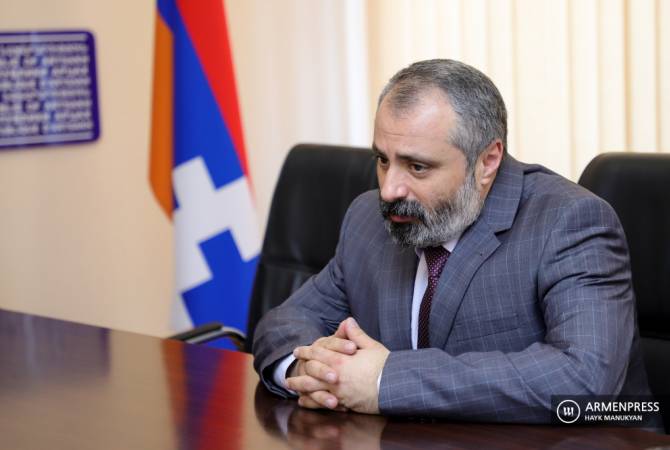 YEREVAN, February 27. /ARKA/. Artsakh (Nagorno-Karabakh) Foreign Minister David Babayan said in an interview with the Public Radio of Armenia that the issue of Artsakh’s status is not closed.

“The issue, of course, is not closed, since it will be closed only in one case – when the status is clearly understood: either Artsakh is an independent state, part of Armenia, and so on ,” he said in a comment on a recent statement by Azerbaijani President Ilakham Aliyev that the issue of the status of Karabakh was off the agenda.

Babayan suggested that Aliyev, when saying that there is no question of status and that it is closed, understands that Artsakh will never be a part of Azerbaijan.

“… We will never be part of Azerbaijan. This is unacceptable to us,” Babyan said.

After 44 days of the war, on November 9, the leaders of Russia, Azerbaijan and Armenia signed a statement on the cessation of all hostilities. According to the document, the parties stopped at where they were at that time.

The town of Shushi, the districts of Agdam, Kelbajar and Lachin were handed over to Azerbaijan, with the exception of a 5-kilometer corridor connecting Karabakh with Armenia.