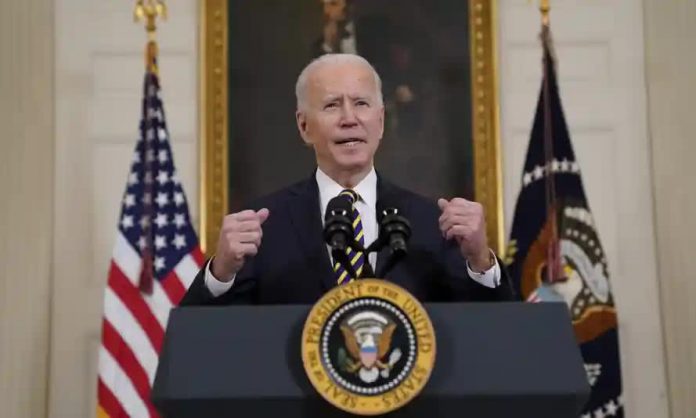 US President Joe Biden seemingly struggled to remember the name of his Pentagon chief Lloyd Austin during a ceremony to promote two female generals, timed to coincide with International Women’s Day. The 78-year-old wanted to thank the official for recommending the two women for promotion, but ended up in an awkward situation.

“And I want to thank the sec — the, the, ah former general. I keep calling him general, but my, my — the guy who runs that outfit over there. I want to make sure we thank the secretary for all he’s done to try to implement what we just talked about. And for recommending these two women for promotion”, Biden said.

Whoops: Biden forgets the name of the Pentagon, as well as the name of his secretary of Defense, Lloyd Austin pic.twitter.com/ZtcgHLBIAO

​The president seemed to have forgotten the official’s name earlier in the event as well, calling him “Secretary Austin”.

During the ceremony General Jacqueline Van Ovost of the Air Force was promoted to be the head of US Transportation Command, while Lieutenant General Laura Richardson was appointed to lead US Southern Command.

This was one of just many gaffes the Democrat’s made since he became president of the United States.

During the presidential campaign Biden twice mixed up his rival Donald Trump with George Bush and bewildered his supporters when said that he was running for the Senate.