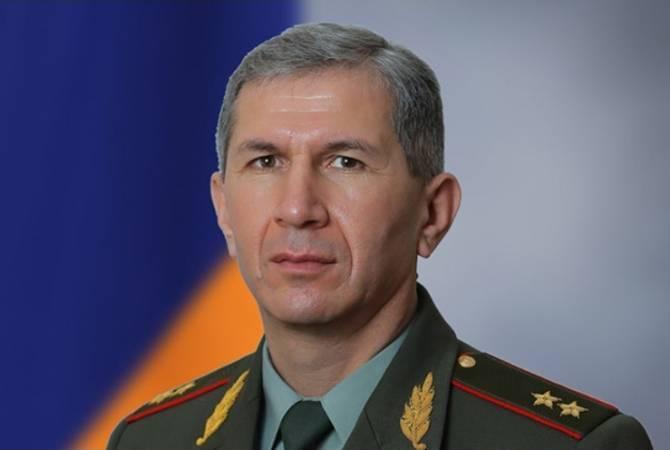 YEREVAN, MARCH 18, ARMENPRESS. The dismissal of Colonel General Onik Gasparyan remains in force, the Prime Minister’s Office said in response to reports that an administrative court ruled in favor of Gasparyan in his lawsuit asking for temporarily securing the suit and invalidating his dismissal.

Gasparyan had filed two lawsuits, one asking to invalidate his dismissal and another asking to secure his lawsuit. The court approved the latter, thus prompting news reports that Gasparyan could get temporarily reinstated.

However, the Prime Minister’s Office said in a statement that this ruling of the court cannot reverse Gasparyan’s dismissal because it has come into effect by the force of the constitutional norm, citing  Article 139, paragraph 2 of the Constitution.

The Constitution does not envisage the possibility of reversing a decree that has come into force pursuant to a constitutional norm, the Prime Minister’s Office said.