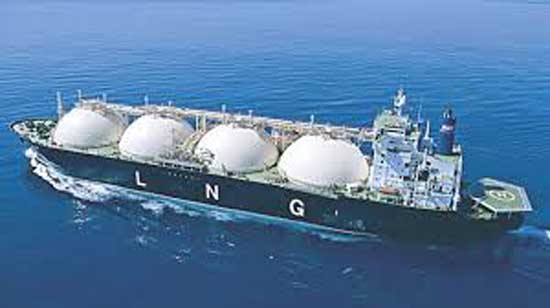 Last year was an unprecedented year for natural gas and liquefied-natural-gas (LNG) markets. Whereas natural gas demand declined by 3%, LNG demand proved to be more resilient and managed to grow 1%. Nevertheless, the LNG market was extremely volatile, with periods of extreme oversupply alternating with periods of extreme tightness during the year. According to global management consulting firm McKinsey, natural gas is set to become the strongest-growing fossil fuel, with demand expanding 0.9% per annum from 2020 to 2035. While that kind of growth is nothing to write home about, natural gas will be the only fossil fuel expected to grow beyond 2030, peaking in 2037 thanks to the strong clean energy momentum. From 2035 to 2050, demand is expected to decline modestly by 0.4% per annum due to hard-to-replace gas use in the chemical and industrial sectors as natural gas continues to replace coal in power generation.

Meanwhile, LNG is set for much stronger growth, with McKinsey predicting that domestic supply in key gas markets will be unable to keep up with demand growth. Global LNG demand is expected to grow 3.4% per annum to 2035, calling for some 100 million metric tons of additional capacity to meet both demand growth and replace decline from existing projects. LNG demand growth will slow markedly from 2035 to 2050 to just 0.5% per annum but still call for more than 200 million metric tons of new capacity by 2050.

That said, LNG markets are expected to be anything but calm, with leading LNG exports constantly jostling for market share. On one hand, Qatar will be looking to reassert its dominance against new LNG powerhouse, Australia, while the United States will be looking to close the gap with the market leaders.

Here are the most dominant nations in the LNG market.

#1. Australia After years of playing second fiddle, Australia has finally managed to overtake Qatar as the biggest LNG exporter in the world.

In 2019, Australia shipped 77.5 million tonnes with an export value of $49 billion, an 11.4% Y/Y increase. Figures released by Australian energy consultancy EnergyQuest by the end of November showed that Australia’s LNG exports were running 1.2 million tonnes ahead of 2019 figures and remained on course to hit a new high of 78 million tonnes.

The surge by Australia follows a succession of massive LNG projects that have kicked off production over the past decade, including projects by global operators such as Royal Dutch Shell (NYSE: RDS.A) and Chevron (NYSE: CVX) as well as megaprojects by ASX-listed Woodside Petroleum (ASX: WPL) and Santos (ASX: STO).

Western Australia is the nation’s dominant LNG export region, accounting for 57% of shipments.

While Qatar might have momentarily relinquished the top spot to Australia, it’s probably only a matter of time before the Gulf Nation reclaims pole position.

Last month, Qatar Petroleum, the world’s top LNG producer, announced that it’s cranking up the pressure on its rivals with bold expansion plans aimed at boosting supplies over the coming decade.

Qatar has set a goal to boost LNG output by about 40% to 110 million tonnes per annum (mtpa) by 2026, which it hopes to achieve in phase one of its expansion of North Field LNG, the largest single LNG project ever sanctioned. The company intends to follow this up with second phase expansion plans which will lift LNG capacity by 2027 to 126 mtpa. That’s enough LNG to meet the import needs of both Japan and South Korea–the first and third biggest LNG importers in the world.

But this is not just idle bluster: Qatar boasts some of the lowest LNG production costs, especially at its Ras Laffan plant, something that helps it play the role of swing supplier to great effect with the ability to steer exports towards the most attractive markets thanks to its strategic location halfway between Europe and Asia.

In the space of a few years, the United States has gone from being a net importer of LNG to a net exporter thanks to the shale boom. U.S. LNG exports have particularly exploded over the past five years, with EIA data showing that the U.S. exported 1,819,386 cubic feet of LNG in 2019, a far cry from just 16,255 cubic feet back in 2014.

This trend showed no signs of slowing down even at the height of the Covid-19 lockdowns.

Despite the unprecedented impact of Covid-19 on global economies, total U.S. exports of LNG continued to grow in 2020, averaging 6.6 Bcf/d for the year, according to EIA. For the whole year 2020, LNG exports closed out with a new record of 2.4 trillion cubic feet, a brisk 32% Y/Y growth clip, with LNG exported to 37 countries, a record number.

Another interesting development: For the first time, Asia dethroned Europe as the top destination for U.S. LNG cargoes, taking in almost half of all exports.

The U.S. also scored a crucial win after Turkey ditched Russia in favor of the United States as its primary LNG supplier, with experts pointing fingers at the political tussle between Ankara and the Kremlin in Syria and Libya as being to blame for the growing bad blood between Turkey and Russia.