According to local media, officers were initially called to the King Soopers on Table Mesa Drive after reports of a man shot in his vehicle. When police arrived at the scene, an unknown person reportedly began shooting at them.

Boulder Police Department on Monday afternoon asked the public to avoid the area of the King Soopers grocery store in Boulder, Colorado, after issuing an active shooter alert for the scene.

After initially warning about active shooter situation in the area, Boulder Police has repeated calls for public to stay away from the scene, as it remained “very active”, and urged not to broadcast “any tactical information you might see” on social media.

ALERT: Active Shooter at the King Soopers on Table Mesa. AVOID THE AREA. PIO is en-route.

Multiple reports said that at least six people, including a police officer, were killed in the King Soopers shooting, but the information was not officially confirmed.

CBS Denver reported that one man was escorted out of the King Soopers grocery store building by the police in handcuffs, wearing no shirt and his leg covered in blood. His involvement in the shooting is unclear. According to the CBS Denver live footage, police then continued to escort other people out of the building.

The outlet also reported, citing a witness, that at least three gunshots could be heard on site.

“Heard a loud bang… thought someone dropped something. Then by the third bang everyone was running”, CBS Denver quoted the witness as saying.

Another witness told ABC News that she saw multiple fatalities in the shooting.

#BREAKING: Shirtless man taken out of Boulder King Soopers in handcuffs and loaded into ambulance — his involvement in the reported shooting is not clear.

​A video allegedly filmed on site has been shared on social media, showing a heavy police presence. Reports also say that several helicopters were spotted in the skies above the area.

#Breaking: This is a second medical helicopter landing in #Boulder to transport in what police are calling an “active shooter” incident at the King Soopers. Credit: CBSN Denver pic.twitter.com/bzfkNZXKas

#BREAKING this is the scene at the King Soopers in Boulder where an active shooter has been reported. Massive police presence #9News pic.twitter.com/ExD9j9b1Hf

Emergency notification just went out: Boulder police asking people near 17th and Grove to shelter in place while they respond to report of armed, dangerous individual. PD is investigating to determine if this is related to King Soopers shooting.

The governor of Colorado, Jared Polis, was among the first ones to react to the Boulder incident, saying that he is monitoring “unfolding events”.

“Like my fellow Coloradans, I am closely watching unfolding events at King Soopers in Boulder. My prayers are with our fellow Coloradans in this time of sadness and grief as we learn more about the extent of the tragedy”, he tweeted shortly after police confirmed the active shooter situation.

Like my fellow Coloradans, I am closely watching unfolding events at King Soopers in Boulder. My prayers are with our fellow Coloradans in this time of sadness and grief as we learn more about the extent of the tragedy.

​According to local media, police initially responded to reports of a man shot in his vehicle in the parking area. After police officers arrived at the scene, an unknown person reportedly began shooting at them. 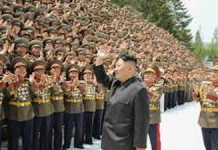 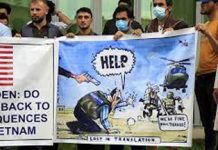