Lebanon’s money transfers abroad, its purchases of goods, and access to foreign exchange are all at risk to stop after correspondent banks abroad began to cut their financial relations with the Central Bank of Lebanon, al-Akhbar daily reported on Friday.

In a memorandum addressed on March 31 by the Central Bank governor Riad Salameh to the Public Prosecutor, Judge Ghassan Oweidat, Salameh warned that the Central Bank “is in a difficult situation,” revealed the daily.

In the memorandum, Salameh referred to “negative shock” of relations between BDL on one part and the international correspondent banks on the other, after starting to curtail their business relationships with the local financial system.

He said it will place Lebanon in a “difficult situation regarding foreign transfers and the purchase of basic commodities, as well as obtaining foreign currencies to operate various economic facilities.”

Prominent sources described Salameh’s message as “dangerous” because of the information it contains and the fear of its negative impact on the Lebanese political, monetary and economic situation.

It mentions the lenders and correspondent banks that closed the BDL’s accounts with them, namely: Wells Fargo had closed a central bank account in dollars, and Britains’ HSBC had shut its British sterling account, the Danish “Danske” closed the account in Swedish krona, leaving the Central Bank of Lebanon without an external correspondent in this currency, the Canadian “CIBS”, returned the BDL deposits it employed and stopped all dealings with it.

Salameh warned that the measures could expand in the future, attributing the reasons to: Lebanon’s default on Eurobonds, political campaigns against BDL, the judicial uproar and its exploitation inside and outside Lebanon, which “sowed doubts among our correspondents and the major banks with which we deal.”

He added and “warned” that the Central Bank has become “in a difficult situation. We only have “one bank, JP Morgan that accepts letters of credit we issue to import fuels and others for the benefit of EDL, the Ministry of Energy and some public sector departments, in return for funds deposited at the bank equal to the value of the credit .”

He added that the bank “refuses to date to approve a credit in favor of the German company “Combi Lift” to lift containers from Beirut port that contain dangerous chemicals.” 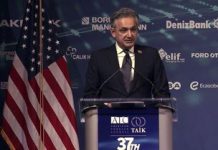 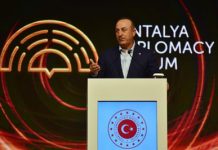