The fatal shooting of a black man by a police officer in the US city of Brooklyn Center in Minnesota was an accident, the police chief has said.

Daunte Wright, 20, was shot after the officer meant to use a Taser, but mistakenly drew her gun instead, Chief Tim Gannon told reporters.

Mr Wright’s death has sparked protests and a curfew has been declared.

Tensions in nearby Minneapolis are high as the trial of an ex-officer accused of killing George Floyd continues.

Daunte Wright was pulled over on Sunday for a traffic violation, but there was a struggle when he tried to get back into his car.

At a news conference on Monday morning, Chief Gannon played a short video from the body camera worn by a policewoman, which shows Mr Wright trying to get back into his car as officers attempt to handcuff him on the side of the road.

An officer can then be heard saying “Taser, Taser, Taser” – normal police procedure before firing one of the stun guns. Mr Wright is seen to get into his car and drive away, while the same officer says “I just shot him”.

“It is my belief the officer meant to deploy their Taser but shot him with a single bullet,” Chief Gannon said, adding: “There’s nothing I can say to lessen the pain.”

The officer has been placed on administrative leave.

At the same news conference, Brooklyn Center Mayor Mike Elliott said he would do everything in his power to “ensure justice is done for Daunte Wright”.

“Our hearts are aching right now, we are in pain right now. We recognise this couldn’t have happened at a worse time. This is happening at a time that all of our community, all of America, indeed all of the world is watching,” he said.

Hundreds of protesters chanting his name gathered late outside the police headquarters.

Protesters wrote with chalk on pavements and lit candles, but police later ordered the protesters to disperse, with footage showing tear gas and stun grenades being fired by officers.

About 20 businesses in a nearby shopping centre were later broken into, the StarTribune reported, with sporadic looting spreading to parts of Minneapolis.

It prompted authorities to enforce an overnight curfew on Sunday night, and on Monday, the mayors of Minneapolis and neighbouring St Paul declared a local state of emergency. There will be another curfew from 19:00 to 06:00 local time on Monday night across the two cities.

Members of the Minnesota National Guard, already deployed for the trial on murder charges of Derek Chauvin, were sent to Brooklyn Center.

Some remained on the streets after the curfew ended, but by that time the crowds had mainly dispersed.

National ice hockey, basketball and baseball games that were due to take place on Monday night were postponed.

The BBC’s Samantha Granville at the scene in Brooklyn Center

They stood with helmets, shields and other riot gear, adamant about keeping the building safe.

Hundreds of protesters tried to inch forward, chanting: “If we don’t get no justice, they don’t get no peace.”

Some kneeled in front of the police with their hands on their heads. Others stood silently with signs that listed names of African Americans who had been killed by the police.

Among the crowd were some of Daunte Wright’s friends and relatives. Throughout the standoff, the police would fire off smoke and flash bombs if they thought protesters were getting too close, or if the crowd seemed it was getting too big and unmanageable.

It was an all-too-familiar scene for communities still reeling from the riots during the summer of 2020 in the aftermath of the killing of George Floyd.

As the verdict in the trial over his death looms, Sunday’s events show just how much those communities are on edge.

What happened to Daunte Wright?

In a statement, the Brooklyn Center Police Department said officers had pulled a man over for a traffic violation on Sunday afternoon and determined that he had an outstanding arrest warrant.

They said that when police tried to arrest him, he re-entered the vehicle.

An officer then shot the driver, who drove on for several blocks before he crashed into another vehicle. He was pronounced dead at the scene.

A female passenger in the vehicle suffered non-life-threatening injuries.

Mr Wright’s mother, Katie, said her son had called her during the traffic stop and he said he had been pulled over because of “air fresheners hanging from his rear-view mirror”. She said she then heard scuffling and the phone line was cut.

“A minute later, I called and his girlfriend answered, who was the passenger in the car, and said that he’d been shot… and my son was laying there lifeless.”

She said her son’s body had been left on the ground by officers, adding: “Nobody will tell us anything. Nobody will talk to us… I said please take my son off the ground.”

Why Minneapolis is tense

The trial of Derek Chauvin over the death of George Floyd has been under way in the city for two weeks now.

Mr Chauvin was filmed kneeling on Mr Floyd’s neck for more than nine minutes during an arrest operation in Minneapolis last May.

The footage of the incident sparked global protests against racism.

The trial is now into its third week and law enforcement officials have been bracing for possible unrest once the jury reaches a verdict.

George Floyd’s death sparked waves of protests around the city, many peaceful but some violent with hundreds of buildings damaged. 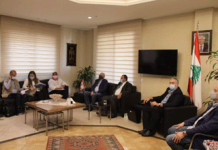 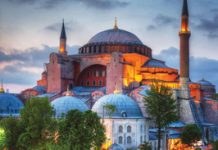 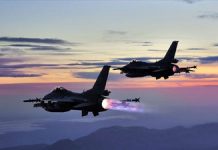