US envoy John Kerry is heading to Shanghai to woo China in advance of a climate summit President Joe Biden is hosting next week.

After a major diplomatic row at the UN, both sides hope to co-operate over plans to drastically cut emissions.

China wants the US to give more cash to developing countries to obtain clean technology and adapt to climate change.

It also wants Washington to announce deep cuts in emissions.

“Yes, we have big disagreements with China on some key issues, absolutely. But climate has to stand alone.”

He is hoping to salvage the superpower relationship to allow progress at President Biden’s virtual summit on 22 and 23 April.

Scientists warn that without an agreement between the world’s great polluters there’s little chance of averting dangerous climate change.

Bernice Lee, a China expert at the UK think tank Chatham House, said: “This is good news. At least they’re talking in the run-up to the summit. There will be big issues for both sides to resolve. But they must be resolved.”

Neither party has formally declared its climate masterplan to the UN, and each is struggling to coax more concessions from the other.

The US was absent from climate negotiations during President Donald Trump’s term of office and it is now being urged to cut emissions to between 57%-63% below 2005 levels this decade.

President Biden is expected to declare the formal US offer before, or at, next week’s summit.

China, meanwhile, has pledged to peak its emissions by 2030, and achieve carbon neutrality by 2060 (that means cutting out all carbon emissions from fossil fuels but still allowing farm emissions of methane – another planet-heating gas).

It will be pressed to explain the policies that will achieve those targets.

Byford Tsang from the think tang E3G told BBC News: “The US has been pushing Japan and South Korea to end overseas coal finance. It will also be pressing the Chinese to stop constructing coal plants in their Belt and Road initiative.

“It will also want action on China’s domestic coal use. China is operating half the world’s coal capacity – and it’s still been expanding despite the pandemic.”

The US will also hope to persuade President Xi to attend next week’s virtual summit. Forty world leaders have been invited, including Russia’s Vladimir Putin.

The summit is a key milestone ahead of the UN climate Conference, known as COP26, in Glasgow this November.

Climate scientists warn that global heating needs to be kept well below 2C above pre-industrial levels, with an aim for an increasingly ambitious 1.5C goal, to avoid the worst of climate breakdown. 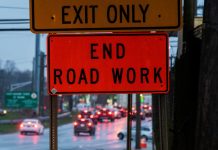 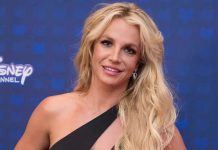 Britney Spears requests that her conservatorship end: ‘I just want my life back’ 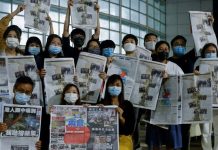