YEREVAN, April 15. /ARKA/. The government of Armenia is seeking to build a new nuclear power plant to replace the currently operating Soviet-built facility in Metsamor, 30 km west of the capital Yerevan, Minister of Territorial Administration and Infrastructure Suren Papikyan told the lawmakers today.

“We are negotiating this issue with our Russian partners. The director of the nuclear power plant and my deputy are now on a visit to Russia and will return today or tomorrow. There are also proposals from other countries,” he said.

Papikyan noted that he recently took part in an exhibition in the UAE, where he studied the prospects of nuclear power plants with small modular reactors.

The minister added that the modernization of the facility commissioned to Russian state Rosatom corporation is underway.

“And, naturally, after modernization and re-equipment of the nuclear power plant, we will be able to observe a significant impact on tariffs, since the plant produces the cheapest electricity,” he said.

Earlier this year the government said the extension of the service life of the second power unit of the Armenian NPP after 2026 is one of its main priorities and the construction of a new nuclear power plant after this period is the main goal.

“Having a nuclear power plant in the energy system will allow Armenia to diversify its energy resources, avoid increasing the country’s dependence on imported natural gas, as well as cut the volume of emissions,” it said.

Today, the Armenian NPP accounts for 39% of the total electricity generation in the country.

The Armenian nuclear power plant is located some 30 kilometers west of Yerevan. It was built in the 1970s but was closed following a devastating earthquake in 1988. One of its two VVER 440-V230 light-water reactors was reactivated in 1995.
In March 2014, Armenian government decided to extend the plant’s service life up to 2026. The service life extension has become possible thanks to Russia’s financial resources. The country provided $270 million to Armenia as a loan and $30 million as a grant. -0- 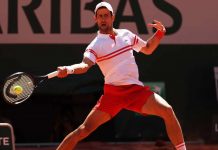 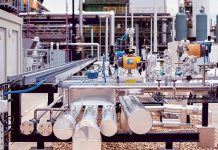