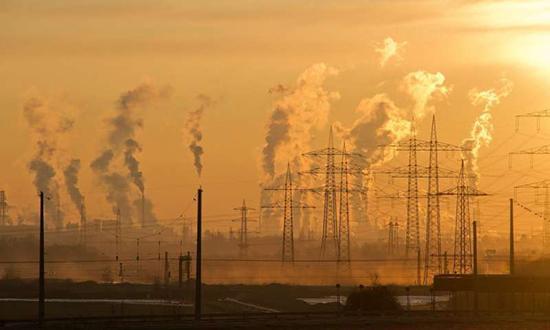 LONDON (Reuters) -Sustainable-bond issuance surged to a record high in the first quarter as more countries and companies looked to tap growing demand from investors across the globe.

Environmental concerns have risen for many investors in recent years as the world steps up its transition to a low-carbon economy, while the COVID-19 pandemic has put a renewed focus on health and broader social inequality.

Aiming to use the money for everything from wind farms to vaccination programmes, the bonds are collectively taking an ever greater share of total issuance.

“An increasing political, regulatory and societal focus on sustainability, across developed markets in particular, means that the shift toward sustainable assets looks set to power ahead, in our view,” said Wei Li, global chief investment strategist at BlackRock Investment Institute.

According to Refinitiv data, the cumulative borrowing through green bonds, social bonds and sustainability bonds stood at $264 billion in the first quarter of this year, a record high.

Green bonds, where the money targets an environmentally friendly project, saw the highest issuance, $130 billion, followed by social bonds, at $91.3 billion and sustainability bonds at $43 billion, the data showed.

Social bonds look to raise money for projects with positive social outcomes, such as improving health or providing affordable housing. Sustainability bonds are a mixture of green and social bonds.

Clients were increasingly demanding environmental, social and governance issues be taken into consideration by their money managers, and seeking products which attempt to influence issuer behaviours – and were willing to pay for the privilege.

“Where clients knowingly sign up to such mandate designs, they are often implicitly permitting portfolio managers to pay a `greenium’ [green-based premium] for bonds that satisfy the relevant criteria,” Athey said.

As a result of it often being cheaper, more issuers were looking to engage in green financing.

“Thus the virtuous cycle is complete,” Athey said. “This dynamic is highly likely to continue playing out over the coming years and as such we expect significant growth in these bond markets.”

Financial institutions such as development banks accounted for the lion’s share of total green bond issuance in the first quarter, at 41%. Governments had a share of 21%.

The largest issue during the quarter was a 8.5 billion-euro issue from Italy, which saw demand totalling 80 billion euros. Next biggest was France with a 7 billion euro issue. The biggest corporate issue was from Ardagh Metal Packaging, which raised $2.8 billion.

Over the course of the first quarter, 304 green bonds were issued, up from 212 during the last three months of 2020, itself a record at the time. Social bonds totalled 51, up from 48; while sustainability bonds jumped to 58 from 35.

Leading the banking race to help issuers come to market was U.S. lender JPMorgan, which helped raise $9.84 billion through green bonds alone, followed by BNP Paribas with $8.67 billion and Citi with $7.14 billion.

For sustainability bonds, meanwhile, U.S. lenders made a clean sweep of the top three places, led by Citi with $3.68 billion, Bank of America with $3.66 billion and Goldman Sachs with $3.52 billion.