In many countries surrogate sex therapy – in which a person is hired to act as a patient’s sexual partner – is controversial, and not widely practised. In Israel, however, it is available at government expense for soldiers who have been badly injured and need sexual rehabilitation.

The Tel Aviv consultation room of Israeli sex therapist Ronit Aloni looks much as you would expect. There is a small comfy couch for her clients and biological diagrams of male and female genitalia, which she uses for explanation.

But what happens in the neighbouring room, which has a sofabed and candles, is more surprising.

This is where paid surrogate partners help teach some of Aloni’s clients how to have intimate relationships and ultimately, how to have sex.

“Sex therapy is, in many ways, couple therapy and if somebody doesn’t have a partner then you cannot complete the process,” she goes on. “The surrogate – she or he – they’re there to model the partner role in a couple.”

Although critics liken this to prostitution, in Israel it has become accepted to the extent that the state covers the cost for soldiers with injuries that affect their ability to have sex.

“People need to feel they can pleasure somebody else and that they can get pleasure from somebody else,” says Aloni, who has a doctorate in sexual rehabilitation.

“People are coming for therapy. They’re not coming for pleasure. There is nothing similar to prostitution,” she adds firmly.

“Also, 85% of the sessions are [about] intimacy, touching, giving and receiving, communicating – it’s about learning to be a person and how you relate to other people. By the time you have a sexual relationship, that’s the end of the process.”

Mr A, as he wants to be known, was one of the first soldiers who got Israel’s Ministry of Defence to pay for sex surrogate therapy after a life-changing accident nearly 30 years ago, when he was an army reservist.

A fall from a height left him paralysed from the waist down and unable to have sex in the ways that he had previously.

“When I was injured I made a list ‘To Do,'” he says. “I have to [be able to] do a shower by myself, I have to eat, dress by myself, to drive by myself and have sex independently.”

Mr A was already married with children, but his wife did not feel comfortable talking about sex to doctors and therapists, so she encouraged him to seek help from Aloni.

He explains how Aloni gave directions and feedback to him and his surrogate partner before and after each session.

Mr A argues it was right for the state to pay for his weekly sessions, just as it did other parts of his rehabilitation. Today the cost of a three-month treatment programme is $5,400.

“It wasn’t the goal of my life to go to a surrogate, OK, I was injured and I want[ed] to rehabilitate in every aspect of my life,” he says, sitting in his wheelchair, in a tracksuit, on his way to play table tennis.

“I didn’t fall in love with my surrogate. I was married. It was just to study the technique of how to get to the goal. I took it as a very logical thing that I have to do.”

He blames Western hang-ups about sex for any misconceptions.

“Sex is part of life, it’s the satisfaction of life,” he says. “It’s not that I’m being Casanova, this is not the issue.”

A steady stream of people of different ages and backgrounds visits Aloni discreetly at her clinic.

Many are struggling to have a romantic relationship because of intimacy issues or anxiety, or have suffered sexual abuse. Others have physical and mental health conditions.

Aloni has focused particularly on disabled clients since the start of her career. Several of her close relatives had disabilities including her father, a pilot, who suffered a brain injury after a plane crash.

“All my life I was next to people having to deal with and overcome different disabilities,” she says. “All these people were very well rehabilitated and so I had this very optimistic approach.”

Aloni became close to a surrogate who worked with disabled people while studying in New York.

When she came back to Israel in the late 1980s, she gained the approval of leading rabbis for the use of sexual surrogates and started providing therapy at a rehabilitation centre on a religious kibbutz – a rural community.

The rabbis had one rule – no married men or married women could be surrogates – and Aloni has followed it ever since.

Over time, she has won backing from the Israeli authorities. Out of about 1,000 people who have had surrogate sex therapy at her clinic, dozens have been injured army veterans – many with brain trauma or spinal cord injuries, whose treatment has been funded by the state.

Aloni believes that Israel’s family-oriented culture and its attitude towards its armed forces has worked in her favour. At 18, most Israelis are called up for military service and they can continue as reserve soldiers into middle age.

“We are in a war situation all the time since the country was established,” she says.

“Everybody in Israel knows people who were injured, or died and everybody has a positive approach to compensating these people. We feel obliged to them.”

A tall man of about 40 is sitting in his garden in central Israel with a blanket across his lap. He is a former reserve soldier whose life was shattered in the 2006 Lebanon War.

David – as we will call him – was left unable to talk or move.

He can only communicate with the help of his occupational therapist – if she supports his arm and holds a pen in his hand, he can write on a whiteboard.

“I was just an ordinary person. I’d just got back from a trip to the Far East. I was studying in university and worked as a barman. I used to love sports and being with friends,” David says.

When his military unit came under attack, he suffered serious leg and head injuries and went on to spend three years in hospital.

During that time, he says he lost the will to live.

Things only began to turn around after his occupational therapists suggested surrogate sex therapy.

“When I started the surrogate therapy, I felt like a loser, like nothing. In therapy. I started feeling like a man, young and handsome,” David says.

“It was the first time that I felt that since my injury. It gave me strength and it gave me hope.”

This was an intimate relationship that David started, knowing that it would have to end. So was there a risk that he would be emotionally hurt?

“Initially, it was difficult for me because I wanted the surrogate all to myself,” he says. “But I realised that even if we’re not partners, we’re still good friends. And it’s worth it. It’s worth everything. It just helps you rebuild yourself all over again.”

While the usual rules are that surrogates and clients cannot be in contact outside of the therapy, David and his surrogate – a woman who uses the alias Seraphina – were given special permission by Dr Aloni’s clinic to stay in touch when their sessions ended.

Since the treatment, those close to David say they have seen a transformation in him. He has been focusing on plans for the future.

While having a sex life remains very difficult, before Covid-19 struck he had begun socialising more, going out with the help of his carers.

Seraphina has worked as a surrogate with Ronit Aloni for over a decade. She is slim with bobbed hair and is warm and articulate.

Recently she published a book about her experiences. Titled More than a Sex Surrogate, the publishers describe it as “a unique memoir about intimacy, secrets and the way we love”.

Like all of the surrogate partners at the Tel Aviv clinic, Seraphina has another job. Hers is in the arts. She says she took on her role for altruistic reasons.

“All those people that suffer under the [surface] and have all those hidden secrets that they walk around with, I really wanted to help because I knew I had the ability,” she explains.

Seraphina describes herself as “like a tour guide”, saying she takes clients on a journey in which she knows the way.

You cannot rehabilitate a person without rehabilitating their self-esteem, their perception of being a man or a woman

She has worked with about 40 clients, including another soldier, but says that the severity of David’s injuries posed a unique challenge. She learned how to help him to write so that they could chat privately.

“David is the most extreme case ever known. It was like walking in a desert – you had no idea of the direction [in which] to go,” she says.

“I had to be very, very creative because he doesn’t move at all. I moved his body as I imagined he would have moved if he could. He felt his body but he could not move it.

“He always said: ‘She knows exactly what I want, even if I don’t say anything.’ So, it was really flattering.”

While being a surrogate, Seraphina has had boyfriends whom she says accepts what she does. But she knows other women and men who have stopped acting as surrogates for the sake of their personal partners or to get married.

She explains that saying goodbye to clients after they have been intimate is necessary but can be difficult.

“I say, it’s like going to a vacation. We have an opportunity to have a wonderful relationship for a certain short time and do we take it or give it up?

“And it’s the happiest break-up anybody can have. It’s for good reasons. I can cry sometimes, but at the same time, I’m so happy.

“When I hear that anybody is in a relationship or had a baby or got married, it’s unimaginable how happy and thrilled and thankful I am for what I do.”

Late in the evening, Ronit Aloni is still working, giving an online lecture to a group of sexologists from Europe and as far afield as South America.

“This is most interesting, those therapists who did already work with surrogates all of them said that they will do it again,” she tells them.

“You cannot rehabilitate a person without rehabilitating their self-esteem, their perception of being a man or a woman,” she says.

“You cannot ignore this part in our life. It’s very important, powerful. It’s the centre of our personality. And you cannot just talk about it. Sexuality is something dynamic, is something that has to be between us and other people.”

“It’s never really balanced. It’s never weaved into our life in the way it’s supposed to be, and sexuality – it’s life. This is how we bring life. It’s nature!” 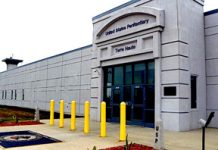