Russia will ask 10 U.S. diplomats to leave the country in retaliation for Washington’s expulsion of the same number of Russian diplomats over alleged malign activity, Russian Foreign Minister Sergei Lavrov said on Friday.

The U.S. government on Thursday imposed a broad array of sanctions on Russia, including curbs to its sovereign debt market, to punish it for interfering in last year’s U.S. election, cyber hacking, bullying Ukraine and other alleged malign actions. read more

Russia denies all the U.S. allegations.

On Friday, Lavrov, speaking at a news conference with his Serbian counterpart, laid out Russia’s response.

Apart from expelling 10 U.S. diplomats, he said Moscow would place eight U.S. officials on a sanctions list and end the activity in Russia of U.S. funds and NGOs which it believes interfere in the country’s internal affairs.

Kremlin spokesman Dmitry Peskov had earlier on Friday called the U.S. sanctions unacceptable, even as it left the door open to dialogue.

U.S. President Joe Biden, after imposing the sanctions on Moscow, had called for a de-escalation in tensions and said it was vital the White House and Kremlin kept communication lines open.

Biden has proposed that he and Putin meet for a summit.

“(Putin) has repeatedly said we’re ready to develop dialogue as much as our counterparts are ready to do so. In this sense it is probably positive that the views of the two heads of state coincide,” Peskov told reporters before the Russian counter sanctions were unveiled.

“Their views categorically do not coincide when it comes to creating mutually beneficial relations and taking each other’s interests into account,” Peskov added however.

Fears of U.S. sanctions had caused volatility on Russian markets for weeks and prompted the rouble to fall sharply. The national currency recovered much of that ground though as it became clear the sanctions had stopped short of crippling measures that would ban U.S. banks from holding Russian debt.

Russia-U.S. ties slumped to a new post-Cold War low last month after Biden said he thought Putin was a “killer” and Moscow recalled its ambassador to Washington for consultations. The envoy has still not returned almost a month later.

The Kremlin says Putin has yet to decide whether he will take part in a U.S.-led climate summit next week. It has also said that it would be hard to quickly organise a Putin-Biden summit. 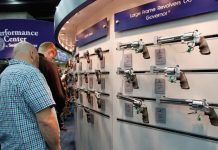 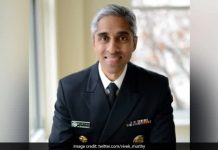 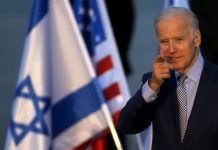