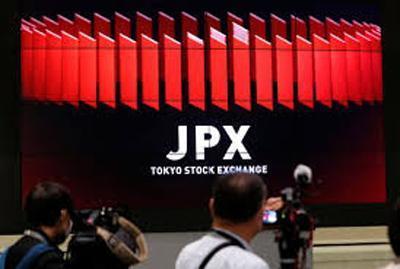 LONDON (Reuters) -World shares hit record highs in the European session on Monday, as markets were generally upbeat about the prospects for a global economic recovery from COVID-19, ahead of a busy week for earnings.

Europe’s STOXX 600 rose to a record high before easing some gains, up 0.1% at 1105 GMT. Asian shares hit one-month highs overnight.

MSCI world equity index, which tracks shares in 49 countries, also climbed to a new peak, up 0.2%.

But U.S. stock futures pointed to a lower open for Wall Street, after the S&P 500 and the Dow closed at record highs in the previous session.

Matthias Scheiber, global head of portfolio management at Wells Fargo Asset Management cited low interest rates, the rollout of COVID-19 vaccines and the fiscal stimulus package in the United States as reasons for his bullish stance on equities.

“Risk is coming down, volatility is coming down … we see the slow reopening of global economies, the rollout of the vaccine and the huge catch-up in demand so from that perspective it should be positive for economic growth.”

“We had a strong rally in cyclical and value stocks since the start of this year – we would like to see confirmation in the earnings.”

Earnings from IBM and Coca-Cola are due later in the session. Netflix reports on Tuesday. Later in the week, American Airlines and Southwest will be the first major post-COVID cyclicals to post results.

The European Central Bank meeting on Thursday will also be in focus this week. ECB President Christine Lagarde said last week that the euro zone economy is still standing on the “two crutches” of monetary and fiscal stimulus and these cannot be taken away until it makes a full recovery.

In currency markets, the dollar index was down 0.6% at its lowest levels in more than a month, at 91.052, having weakened since its recent peak of 93.439 at the end of March.

“We have been highlighting over the past two months that USD could bottom out, in contrast to consensus, and believed that this would be a tactical problem for EM and for certain commodity trades,” wrote JP Morgan’s head of global and European equity strategy, Mislav Matejka, in a note to clients. “We think the risk of a firmer USD, through rising US-Europe interest rate differential, is not finished.”

Matejka also said that, although there is the technical potential for a correction in equities, he would not cut stocks exposure on the six- to nine-month horizon.

“We think that it is more likely that we will be raising our year-end targets, rather than reducing them, as we move through the summer,” he said.

Likewise, Wells Fargo Asset Management’s Matthias Scheiber said “We believe we are in the ‘buy the dip’ environment at this moment given that both fiscal and monetary policy are very supportive, so if we would see a correction … we would probably increase the equity position.”

A recent surge in COVID-19 cases could see major parts of Japan slide back into states of emergency, with authorities in Tokyo and Osaka looking at renewed curbs. 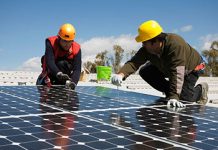