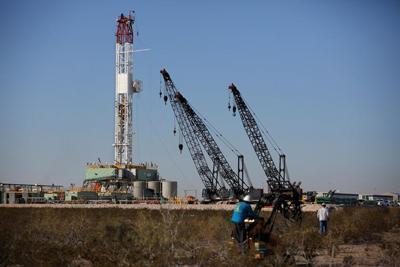 The United States Department of the Interior will cancel all oil and gas lease sales from public lands through the end of June, according to a Bureau of Land Management press release issued on Wednesday.

On the very day President Biden was inaugurated, the DoI pulled back the reins on issuing permits for oil and gas exploration on federal lands and in federal waters. It did this not by banning permits outright but by limiting which Interior employees could approve permits. The number of employees to approve permits has dwindled significantly to a total of nine, and is limited to “leadership” only. It is an effective suspension of the permitting process, although not an outright ban.

The suspension order, signed January 20, was originally expected to last for a period of sixty days–until March 21.

Since then, lawsuits by Continental Resources and others have ensued, claiming that the new restrictions are unlawful since it prevents the DoI from ruling on permitting applications in the timeframe allotted in the Mineral Leasing Act.

But now, it would appear, there will not be any oil and gas lease sales anyway–at least not through June.

“Based on our ongoing review, the Bureau of Land Management is exercising its discretion to not hold lease sales in the 2nd quarter of Calendar Year 2021. This decision does not impact existing operations or permits for valid, existing leases, which continue to be reviewed and approved,” the DoI’s press release reads.

The review process, according to the BLM, which has no definite end point, will determine whether the current leasing process provides taxpayers with a fair return.

Wall St bounces back on boost from banks, industrials