A political row erupted after private text messages sent by UK Prime Minister Boris Johnson to billionaire inventor James Dyson and Crown Prince Mohammed bin Salman were made public. Whitehall launched a formal investigation into the “damaging” leaks amid a wider probe into lobbying and the relationship between government and the private sector.

Dominic Cummings, the former chief adviser to Boris Johnson, was accused on Thursday night by Downing Street sources of being behind the leaking of private text messages sent by the UK Prime Minister that implicated him in two separate lobbying scandals, according to The Sun.

“The Prime Minister thinks Dominic Cummings is responsible for a series of damaging leaks about his personal communications. He is deeply disappointed and saddened by what he thinks his former adviser has been doing and believes he is attempting to undermine the Government and the Conservative Party,” sources are quoted as saying by the outlet.

During his tenure within the government, Cummings is understood to have had access to the messages that have been made public between Johnson and the Saudi Crown Prince, Mohammed bin Salman, and separate texts between the Prime Minister and businessman James Dyson.

“If you join the dots it looks like it’s coming from Dom.”

The once-powerful political strategist, 49, is supposedly “bitter” that the Government has been “making great progress” since he was ousted from No10 in November 2020.

According to cited insiders, Boris Johnson, who suspects his former ally of “treachery”, has ordered his staff to cease all contact with Cummings.

Boris Johnson had persuaded Dominic Cummings to work with him at Downing Street before entering office in July 2019, having bonded with his ally over the course of the 2016 Vote Leave campaign.

Johnson proceeded to stand staunchly stand by Cummings in the scandal that erupted when the then-adviser was alleged to have breached lockdown rules by driving his family from his home in London to County Durham.

While Cummings had denied breaking the rules, he found himself under fire from Tory MPs.

“They worked together closely but if it’s true then it looks like he is doing everything he can to undermine the Government and people like Dyson, who was heavily involved in Brexit, [have] been caught in the crossfire,” an insider was cited as saying of the relationship between Johnson and Cummings.

Fears that there might be a “mole” inside the government first circulated in autumn 2020 after details of proposals for a second COVID-19 lockdown in November were leaked to the press.

The Prime Minister was reportedly furious at the time, with the leak prompting him to bring forward plans to announce tougher pandemic restrictions.

The culprit behind the leak had been dubbed the “Chatty Rat”, forcing the Cabinet Office to embark on an inquiry, with suspicion purportedly falling on Cummings.

“There is a widespread belief in Whitehall that Dom Cummings may have been responsible for leaking the details from the proposed lockdown,” a Whitehall source was cited as saying.

Dominic Cummings has not yet responded to the spate of accusations that he was behind the leaked messages.

The report comes amid a political row that ignited after the first set of private texts were leaked to the Daily Mail earlier in April.

They involved exchanges between Boris Johnson and the Saudi Crown Prince Mohammed bin Salman, made in June 2020.

The outlet claimed the Crown Prince had sent WhatsApp messages to Johnson urging him to make the English Premier League “reconsider and correct its wrong conclusion”; after it was accused of blocking a £300 million takeover of Newcastle United.

Last observation of the night: the Premier League (as a governing body) appear to come out of the Newcastle takeover episode in the best light. Under pressure from Saudi Govt (and therefore UK Govt), they said: “Not fit and proper”. (My reading).

The proposed takeover of Newcastle United by a Saudi Arabian-backed consortium had collapsed in 2020 after the group, which included Saudi Arabia’s sovereign wealth fund PIF, PCP Capital Partners and Reuben Brothers, declined to accept the Premier League’s insistence on independent arbitration to decide who would own the club.

After another leaked message showed Johnson to have tasked Lord Udny-Lister with investigating the issue. On 15 April, the PM’s official spokesman, Max Blain, admitted that the senior aide had, indeed, been requested to check on the progress of the takeover.

The Daily Mail quoted a government spokesman as saying at the time:

“While we welcome overseas investment, this was a commercial matter for the parties concerned and the Government was not involved at any point in the takeover talks on Newcastle United.”

Separately leaked texts, which Cummings was also reportedly privy to, were exchanged between Boris Johnson and Sir James Dyson, the British inventor and industrial designer who founded Dyson Ltd.

In the messages, which date back to March 2020, James Dyson had texted the PM to say he is “ready” to help in the fight against the COVID-19 pandemic.

Johnson was revealed to be assuring Dyson that his employees would not be required to pay extra tax if they were to come to the UK to make ventilators for the National Health Service (NHS).

“James, I am first lord of the Treasury and you take it that we are backing you to do what you need,” the PM had replied.

Weeks later a temporary relaxation of tax rules regarding non-residents entering the country to work on the coronavirus outbreak was made, benefiting the entrepreneur’s staff, who arrived from Singapore. The tycoon did not personally benefit from the arrangement.

The revealed deal between Johnson and Dyson drew a firestorm of criticism from Labour, dominating the Prime Minister’s Questions on Wednesday, with Labour leader Sir Keir Starmer accusing Johnson of doing favours for those who have his personal mobile number.

“What this shows once again is the extent of the sleaze and the cronyism that is at the heart of his Conservative government,” said party leader Keir Starmer.

Labour reportedly wrote to Sir Bernard Jenkin, chair of the liaison committee, to question the PM on the use of his personal phone, according to The Guardian.

On Wednesday it was announced that an internal inquiry will be led by the Cabinet Office into how the private messages were made public, with Downing Street agreeing to officially publish correspondence between Johnson and Dyson “shortly”.

The Prime Minister also told the Commons he was “happy to share all the details” of the exchanges.

The scandal involving the leaked messages comes against the backdrop of a wider row engulfing Westminster for weeks over lobbying, sparked by and the relationship between government and the private sector.

Former Tory PM David Cameron has been in the crosshairs since last year after exchanging messages with Chancellor Rishi Sunak while lobbying the government on behalf of financial services company Greensill Capital to secure access to a Bank of England COVID-19 loan scheme to aid businesses during the pandemic. 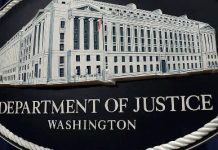 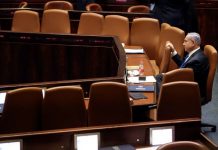 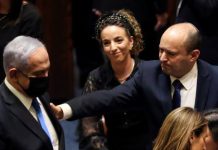