NEW YORK (Reuters) – An historic rally in share prices for smaller U.S. companies has slowed sharply in April after six months of strong gains, leading many investors to worry that the stock market as a whole may have already priced in a strong rebound from the pandemic.

“The easy money has been made for small caps and for the market overall,” said Doug Foreman, chief investment officer of fund manager Kayne Anderson Rudnick, who expects the broad U.S. market will offer “single-digit returns” for the rest of 2021.

“The economic recovery is over in financial markets but not in the real world.”

For a graphic on smallcaps:

The Russell 2000 has stalled even as President Joe Biden’s administration hit its April 19 here target date for expanding eligibility for the coronavirus vaccine to all adults, which should help the economy recover after the pandemic. Over the last three weeks, American Airlines and United Airways both announced plans to recall all furloughed pilots and hire new ones as they prepare for a sharp rebound in travel.

Wall Street is also bracing for the Biden administration’s expected proposal to nearly double taxes on capital gains to 39.6% for people earning more than $1 million. Small-cap investors could feel pressure to take some profits on the strong rally by selling shares before the tax hike kicks in.

By the time Biden marks his 100th day in office on April 30th, the United States will have administered over 200 million doses of the coronavirus vaccine, a pace far ahead of European countries or Japan.

“The breakdown of small caps and cyclicals is a potential early warning sign that the actual reopening of the economy will be more difficult than dreaming about it,” he said.

Few expect that the Russell index will fall into a correction – a decline of 10% or more – or a bear market anytime soon. The index posted a 1.8% gain Friday, a sign that investors remain optimistic about the U.S. economy overall.

“We’ve priced in quite a bit of the good news and the reopen already, but we could still see catalysts like M&A deals or higher oil prices that would give small-caps another leg higher,” said Esty Dwek, head of Global Thematics & Macro Research at Natixis Investment Managers.

As a result, some small cap fund managers have become more cautious since the start of April.

“We’ve been trimming some of the winners that have had massive moves up and deploying them into some of the more mature larger cap names,” said Lamar Villere, a portfolio manager at Villere & Co.

Among Villere’s few new purchases are shares of ViacomCBS Inc, which dropped more than 27% here on March 26 after losses at Archegos, a hedge fund run by former Tiger Asia manager Bill Hwang, triggered a fire sale of media stocks.

“There are fewer attractive values to be found in small caps right now,” Villere said. 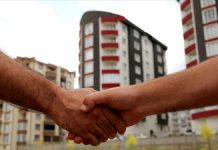 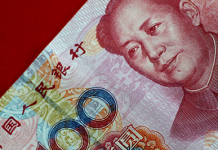