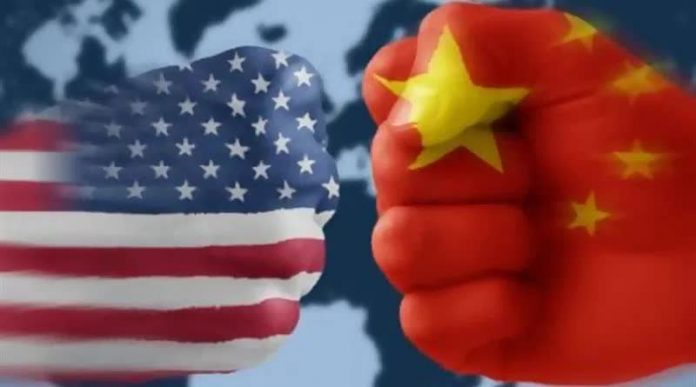 US President Joe Biden is scheduled to make the first overseas trip of his presidency in June to the G7 summit in the UK, during which he will reportedly prod allies to further pressure on China over Xinjiang issues, an arrangement which Chinese analysts said indicates that Biden’s agenda prioritizes restoring the transatlantic relationship in order to contain China.

But with unsolved spats and conflicts of interests, certain European countries, who are eyeing cooperation with China, will be reluctant to take one step further from the previous sanctions war and lean closer to the US to stand up against China, Chinese analysts said, calling for other G7 members not to go further on Xinjiang issues, which is absolutely based on lies and comes out of nowhere.

China can engage in a campaign to fight against stigmatization in the international community or could make a legal response as accusations of “concentration camps,” “forced labor,” “compulsory sterilization,” “systemic sexual assault” and other absurd claims of “crimes” are grave insults to the Chinese people and total slander that severely tramples on international laws and basic norms governing international relations, they said.

Stressing the shared democratic values within the G7, Daleep Singh, deputy national security adviser to Biden and deputy director of the National Economic Council, told Reuters in an interview on Friday that they are working on details to expand actions against China in issues related to Xinjiang.

The strategy of pressuring China over Xinjiang under the cover of human rights issues conforms to the interests of the US to remove China from the global supply chain, but going against China does not fit the demand of European nations in the G7 to seek economic cooperation and trade markets with China, Wang Yiwei, director of the institute of European studies at the Renmin University of China, told the Global Times.

Germany cannot afford to play with fire when it comes to the US when German manufacturers heavily rely on the Chinese market and it is on the path of seeking economic resumption in the post COVID-19 era and the critical stage to ratify China-EU Comprehensive Agreement on Investment (CAI) with China, Wang said.

France shares common ground with Germany on this issue. Decoupling with China is not solutions for European strategic autonomy, he added.

Cui Hongjian, director of the Department of European Studies at the China Institute of International Studies agreed that for EU nations, entirely following the US to contain China would end up  harming other fields of cooperation between the EU and China, an outcome the EU would not dare to countenance.

The leaders of China and Germany, a major power within the EU, spoke on the phone in April after the EU imposed sanctions on Chinese officials and an entity over alleged human rights abuses in Xinjiang, which is widely believed as a “timely conversation to stabilize China-Germany and China-EU ties” and to prevent interruption from the US.

On April 16, leaders of China, France and Germany exchanged in-depth views and reached a consensus for cooperation on climate change, China-Europe relations, anti-epidemic cooperation, and major international and regional issues.

When the contradiction and unsolved spats between the EU and the US are ongoing, their common ground cannot be expanded from the temporary one that aims to suppress China under the cover of human rights, to other fields, Cui said.

Germany’s recent attitude is a reassurance for the CAI and the determination to work with China in broader issues, although the EU may cooperate with US diplomacy on so-called “values and human rights” to a certain extent to show that the EU is also a major geopolitical player, experts said.

Chinese analysts said for other G7 members, such as the UK, a country that cannot find its proper position after it left the EU, are more likely to play the games with the US on the Xinjiang human rights issues.

China has so far released more than 10 white papers elaborating the economic and social development of Northwest China’s Xinjiang Uygur Autonomous Region. The regional government of Xinjiang has held over 20 press conferences and invited more than 1,200 diplomats, journalists and representatives of religious organizations from more than 100 countries to visit Xinjiang. Yet, Western countries chose to be deaf and blind over the issue.

The US Department of State’s 2020 human rights report released in March even claimed China’s policies in Xinjiang constituted “genocide and crimes against humanity.”

“The so-called Western democratic values that the US plays as a lighthouse are merely an illusion. Human rights have become a complete double-standard show of the US. Instead, the country is good at using this gimmick to divert public attention from its own poor human rights record onto affairs of other countries,” Wang noted.