YEREVAN, APRIL 27, ARMENPRESS. Head of the information department at the Mother See of Holy Etchmiadzin Vahram Melikyan commented on the reports according to which Azerbaijani servicemen banned pilgrims to enter into the Dadivank Monastery on April 25.

In an interview to Armenpress, Mr. Melikyan confirmed the reports, condemning Azerbaijan’s behavior.

-There has been a report that on April 25 Azerbaijani servicemen didn’t allow the pilgrims to visit the Dadivank Monastery. Is this report true?

-Yes, the report is true. On April 25, the Azerbaijani servicemen banned Primate of the Artsakh Diocese, Bishop Vrtanes Abrahamyan and a group of pilgrims to enter into the Monastery, mentioning the pandemic as a reason. However, an ordination of a priest was scheduled in the Monastery on that day, which has been notified earlier and agreed upon with the Russian peacekeeping command.

However, it was impossible to approach the Monastery despite the agreements.

It’s obvious that the Azerbaijani side wished to fail the priest ordination, but the ceremony was held in the Gandzasar Monastery on the same day in the evening.

-How would you comment on Azerbaijan’s such behavior, which, in fact, violates the agreements reached by Russia’s mediation over the visits of pilgrims to Dadivank?

-Such rejectionist behavior of Azerbaijan must be condemned as it creates artificial barriers for the Armenian historical monastery and its spiritual congregation mission, violates the agreements reached by the mediation of the Russian authorities. 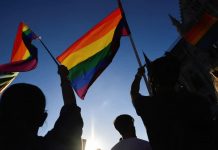 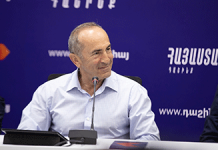