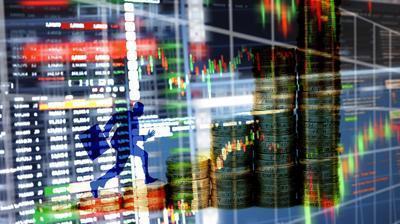 Last year might have been a harrowing one for oil markets, but dozens of big-time oil traders netted tons of profit harnessing the volatility opportunities. Exxon wasn’t among them.

The American oil giant appears to have failed where its giant European counterparts excelled, according to an eye-opening Reuters report detailing how the supermajor cut funding for its trading unit and relegated it to the sidelines amid a COVID-19 pandemic that others capitalized on, heartily.

While Dutch energy and commodity trading giant Vitol raked in a record $3 billion in profits, Exxon’s traders were trying to operate on a shoe-string budget, unable to take advantage of the wild volatility and the high-risk scenario from which European traders profited, Reuters noted, citing nearly a dozen people “familiar with the matter”.

Moving some 8 million barrels of petroleum products a day, Vitol is the largest independent oil trader in the world. But its $3 billion in profits—most earned at the height of the pandemic in Q2 2020—doesn’t tell the whole story.

The company also saw a massive drop in revenue last year. More specifically, revenues plunged from $225 billion in 2019 to $140 billion in 2020 thanks to significant reductions in traded oil volumes. It lost nearly 1 million bpd in crude oil trading volume.

But Vitol isn’t an oil giant playing at trading. It’s a trader expected to earn on plays just like this.

That hasn’t stopped European oil majors from jumping in on this game with a drive to win.

So, how did European oil majors with robust trading arms fare?

They made a killing doing what to everyone was rather simple: Buy tons of oil when the prices crash. Store it, and sell when things are good again. Easy enough. If you have the money to spend and aren’t trying to avoid piling on more debt.

Shell’s oil trading operations accounted for 43% of its Oil Products division earnings. It is exactly this that allowed it to absorb some of the pain of the pandemic. (Shell’s Q1 earnings are scheduled for Thursday.)

BP even managed to top Vitol, indicating to Reuters a $4-billion trading profit for the year.

The final consensus from inside BP? “This result was driven by an exceptional gas marketing and trading performance, significantly higher oil prices and higher refining margins.”

But BP is a special story that contains the legend of Bob Dudley—the “Cassandra” of oil trading who took advantage of the January 2016 crash in crude oil prices to make one of the most stunning trades in industry history.

He took a massive risk, which the company signed off on. BP’s trading arm made a wager in the neighborhood of hundreds of millions of dollars that oil prices would rebound. They did, and BP made as much as $200 million—though no one knows for sure

In last year’s volatility, Exxon chose to play it safe instead of propping up the trading arm it had earlier chosen to build to compete with its European rivals.

As Reuters details, for three years, Exxon worked to build up its trading arm, only to abandon it for the most part at the precise time when the risk/reward scenario was the most salacious. The pandemic wrongfooted Exxon to the extent that it became entirely risk-averse, rendering the trading arm more or less unable to make any big bets.

“Traders were restricted to mostly routine deals intended as a hedge for Exxon’s more traditional crude and fuel sales rather than gambles seeking to maximize profit”, Reuters wrote, attributing it to four sources.

In 2020, Exxon changed its long-term strategy across the board, moving to focus on its highest-value assets and cutting its yearly spending by some $10 billion.

Right now, we are witnessing a rethink of the oil industry, and Exxon is choosing the path of lower risk. It’s still playing out. Debt is a significant issue, and Exxon’s 2020 trading options were to risk more debt on a hedge or play it safe.

Earnings are due on Friday, and we’ll see how the market reacts to the safe bet at a time when the overall sentiment is that investors are shell-shocked from too much wild shale spending and too much debt. Unless, of course, an oil company stuns you with massive and unexpected trading wins (as did BP and Shell).