The  Guardian- Guardian staff and agencies

Crematoriums in Delhi are being inundated with so many bodies that they have been forced to build makeshift funeral pyres on spare patches of land as the Covid crisis sweeping India led to an explosion of new cases.

Crematoriums across the capital are struggling to cope, with grieving relatives forced to wait up to 20 hours for a funeral pyre for their loved ones.

In Delhi, photographs taken on Tuesday showed smoke billowing from dozens of pyres lit in a car park that had been turned into a makeshift crematorium. Elsewhere, workers built makeshift pyres on land outside crematoriums.

“People are just dying, dying and dying,” said Jitender Singh Shanty, who is coordinating more than 100 cremations per a day at the site in the east of the city.

“If we get more bodies then we will cremate on the road. There is no more space here,” he said, adding: “We had never thought that we would see such horrible scenes.”

The BBC reported that trees in parks were being cut down to use in funeral pyres and relatives of the dead were being asked to help pile up wood.

It said 27 new pyres had been built in the capital’s Sarai Kale Khan crematorium and dozens more were being added in a nearby park. Officials were also looking for additional space near the city’s Yamuna river bed.

India recorded yet another day of over 300,000 new cases on Tuesday and 2,771 new deaths. However, health experts believe the official toll is far higher, with populous states such as Uttar Pradesh and Gujarat accused of undercounting Covid-19 fatalities and cases. As the death toll mounts, the night skies in some Indian cities glow from the pyres.

Crates of ventilators and other oxygen devices from Britain were unloaded at a Delhi airport Tuesday, among the first emergency medical supplies to arrive in the country where infection and death rates are growing exponentially.

The United States has also pledged to export millions of AstraZeneca vaccine doses, while president Joe Biden hailed the “stunning” progress his nation by contrast has made to get the pandemic under control.

The explosion in infections in India – 350,000 new cases were recorded there on Tuesday alone – has driven a surge in global cases to 147.7 million. The virus has now killed more than 3.1 million people worldwide.

The World Health Organization said on Tuesday that a variant of Covid-19 feared to be contributing to the surge in coronavirus cases in India has been found in over a dozen countries.

The UN health agency said the B.1.617 variant of Covid-19 first found in India had as of Tuesday been detected in over 1,200 sequences uploaded to the GISAID open-access database “from at least 17 countries”.

“Most sequences were uploaded from India, the United Kingdom, USA and Singapore,” the WHO said in its weekly epidemiological update on the pandemic.

The WHO recently listed B.1.617 – which counts several sub-lineages with slightly different mutations and characteristics – as a “variant of interest” but so far it has stopped short of declaring it a “variant of concern”. That label would indicate that it is more dangerous that the original version of the virus by for instance being more transmissible, deadly or able to dodge vaccine protections.

Despite India’s status as the “pharmacy of the world”, the biggest producer of generic drugs has been unable to meet the demand for antiviral medication such as remdesivir.

Many doctors say the drug is not essential for the treatment of Covid-19, but hospitals have been prescribing it anyway.

“This government has failed us so much that those who can normally survive also die,” said one exhausted man, Vinod Kumar, as he waited in line for medication.

The US, France, Germany, Canada, the EU and the World Health Organization have all promised to rush supplies to India. On Monday Biden announced the United States would send up to 60 million doses of the AstraZeneca Covid-19 vaccine abroad.

While Washington has not decided yet which countries will be the recipients, India appears to be a leading contender after Biden spoke with Prime Minister Narendra Modi.

“India was there for us, and we will be there for them,” Biden tweeted, referencing India’s support for the United States when it was enduring the worst of its Covid crisis. France also said it would send eight oxygen production units, oxygen containers and respirators to India.

And the EU said the first shipment of aid from the bloc’s member states to India would be delivered “over the coming days.”

At the same time, many countries are shutting their borders to travellers from India.

Spain said it will impose a 10-day quarantine on all travellers arriving from India beginning Wednesday.

Australia has also cut all passenger air travel with India, suspending flights until at least May 15, leaving a host of high-profile cricketers stuck there after playing in the lucrative Indian Premier League.

In Fiji, an outbreak of the Indian variant has forced the capital into lockdown after the island nation had avoided infections for a year, with health officials saying they fear a “tsunami” of cases. 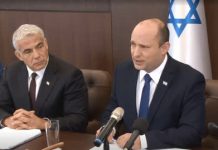