India’s deadly Covid-19 second wave has devastated big cities like Delhi, Mumbai, Lucknow and Pune. Hospitals and crematoriums have run out of space, and funerals are taking place in car parks. But the pandemic has now firmly gripped many smaller cities, towns and villages where the devastation is largely under-reported.

Rajesh Soni spent eight hours taking his father from one hospital to another in a tuk-tuk in Kota district in the northern state of Rajasthan on Tuesday. He couldn’t get an ambulance and the rickety vehicle was his only option. At 5pm, he decide to end his search for a hospital bed as his father’a condition was deteriorating. He then “left everything to fate” and came home.

“I am giving him medicines at home, but I am not sure that he will survive. We have been left to die on the streets,” Rajesh said. He says several private hospitals even “conned” him and took money to do tests, only to tell him later to take his father away as there were no beds.

“I am not a wealthy person. I spent whatever I had to pay the tuk-tuk driver and to hospitals. Now I am going to borrow some money to get an oxygen cylinder at home.”

Such stories have become common in Delhi, the worst affected city in India, but similar accounts are now coming in from smaller cities and towns across the country.

The BBC looks at what’s happening in five different states to see how fast the virus is spreading there.

The city and surrounding district has reported more than 6,000 cases in the past week, and 264 deaths since the pandemic began – but 35% of those happened in April alone.

All oxygen beds were occupied, and only two out of the district’s 329 ICU units were free on 27 April. A senior journalist in the city told the BBC that hospitals were overrun and “this suggests that the actual numbers are much higher”.

There is an acute shortage of oxygen and drugs like remdesivir and tocilizumab. The district is home to many coaching centres for students from all over the country taking exams to get into prestigious medical and engineering colleges.

But the students have left and the district is now in turmoil and largely away from the radar of national and international media. The journalist said the city’s hospitals were not ready for what he described as a Covid tsunami. He said there was an urgent need to add “more oxygen and ICU beds before more people start dying on the streets”.

About 32% of the reported 614 deaths in the city happened in April alone. There is no official data on healthcare facilities in the city, but several people the BBC spoke to said they had been unable to find a bed for their loved ones.

Several calls and written questions to the city’s chief medical officer about the shortage of beds went unanswered. A senior journalist in the city said the actual death toll was much higher as cremation and burial grounds were functioning day and night.

Yogi Adityanath, the state’s chief minister, recently said there was no shortage of drugs, hospital beds or oxygen, but experts say the reality on the ground is vastly different.

Social media is awash with posts from people from the state pleading for beds, oxygen and drugs like remdesivir. The chief minister has also warned that action will be taken against any private hospital that “falsely reports” an oxygen shortage.

An employee of one small private hospital told the BBC that arranging oxygen had become difficult, but he would not complain because he feared retribution.

media captionWhat it’s like working in an emergency room in India, as its devastating second Covid wave continues

“But I fail to understand why would any hospital falsely report a shortage. It makes no sense,” he said.

There have also been reports about deaths due to oxygen shortages in the state. Several other districts and villages in Uttar Pradesh are also reporting that hospitals have run out of beds.

Ashish Yadav’s father is in a critical condition in Kanpur district but he is unable to get him a bed and he doesn’t even have access to a doctor.

“I have begged and pleaded everywhere, but nobody helped. Nobody is picking the helpline numbers that have been advertised,” he told the BBC.

The central Indian district did not have any active cases of Covid-19 on 1 March. But it has added almost 3,000 cases in the past seven days.

Kabirdham district hospital has seven ventilators but there are no trained doctors to operate the life-support machines. According to government data, the district hospital should have 49 specialist doctors, bit it has only seven. There is also an acute shortage of nurses and lab technicians.

Local journalists say that the district is not able to handle really sick patients as it not prepare to manage the sharp uptick in cases. Several people have died without getting proper treatment in the district.

Bhagalpur district in the eastern state of Bihar is also badly hit. It has recorded a 26% increase in its caseload since 20 April, and the number of deaths increased by 33% in the same period.

Only Jawaharlal Nehru Medical College (JNMC) has ICU beds in the district, and all of its 36 units were occupied on 28 April. More than 270 out of 350 oxygen beds in the hospital were occupied.

A senior official from the hospital told the BBC that out of its 220 doctors, 40 had tested positive in the past 10 days and four of them died. This has added to the pressure on the hospital.

Aurangabad district in the west of the state is also badly hit. It has recorded more than 5,000 cases since 5 April, and six people died in the same period, according to official data. But senior journalists in the state say the actual numbers are higher as testing is a major problem in smaller towns and cities. Many people become critical and die without ever being able to get tested for Covid-19. Such deaths don’t go into official data.

Sumitra Devi struggled to get a test done in Aurangabad. She couldn’t get an RT-PCR test done for days as her condition continued to worsen. Hospitals refused to admit her without a positive test result.

So her family took her to a small private hospital in a nearby district where she tested positive, but the hospital said she was critical and they didn’t have facilities to treat her. The family then took her to a big hospital in the state’s capital Patna where she was made to wait for several hours before she could be admitted.

She died two hours after finding a bed.

The tourist district in the Himalayas is struggling to cope with the rising number of cases. At least 131 out of its 142 ICU beds were occupied on 27 April and only 10 out of its 771 oxygen beds were free.

It has reported more than 4,000 cases and 82 deaths in the past week. The district is particularly finding it difficult to handle the rise because it also receives patients from remote towns and villages where healthcare facilities are negligible.

A local doctor, who did not wish to be identified, said “the situation was dire and he was terrified”.

“We are in this situation because the government didn’t plan to augment facilities in remote areas. I am worried that many people in remote Himalayan areas will die and we will never hear about them. They will never show up in statistics.” 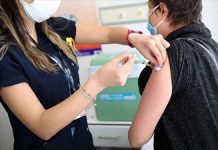 Turkey administers over 450,000 coronavirus vaccine doses in one day 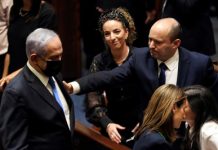 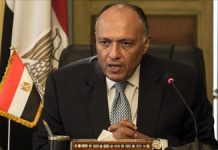