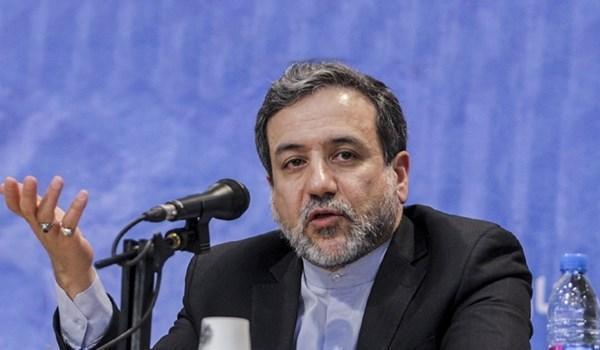 Iran’s senior negotiator in talks aimed at the potential revival of the 2015 nuclear deal between the Islamic Republic and world countries says the negotiating team’s first priority lies in ensuring that the nation’s interests are met.

“We have a hard job ahead of us, and we hope that we will be able to finish it in a shorter time, but the discussion of time has a secondary priority for us,” Deputy Foreign Minister Abbas Araqchi said in Vienna, where the talks are underway, during a press briefing on Thursday.

“The first priority is to focus on securing the interests of the Iranian people and securing the definitive positions of the Islamic Republic of Iran,” he added.

The talks began in Vienna on April 6 between Iran and the remaining members of the nuclear deal, namely Britain, France, Russia and China plus Germany.

The US left the agreement, officially known as the Joint Comprehensive Plan of Action (JCPOA), in 2018 and restored the economic sanctions that the accord had lifted. Tehran retaliated with remedial nuclear measures that it is entitled to take under the JCPOA’s Paragraph 36.

The current negotiations are examining the potential of revitalization of the nuclear deal and the United States’ likely return to it.

Leader of the Islamic Revolution Ayatollah Seyyed Ali Khamenei has clearly detailed the country’s definitive stance concerning both the nuclear accord and the Vienna talks.

In line with the Leader’s advisory, the Islamic Republic will only stop observing the JCPOA’s Paragraph 36 once all the sanctions are lifted in one step and after Iran has verified their removal.

Ayatollah Khamenei has also ruled out the notion of Iran taking part in negotiation for the sake of negotiation and warned against the country’s entanglement in drawn-out talks.

‘Understanding at hand, but obstacles remain’

Araqchi, who had just concluded a meeting with Rafael Grossi, the director general of the International Atomic Energy Agency (IAEA) — the United Nations’ atomic organization — said the Vienna negotiations would enter their fourth round on Friday.

“We are on a path that is a definite path,” he said. “Fortunately, there is an understanding of the path we must take.”

However, “there are serious obstacles along the way,” the official warned.

The standing obstacles had to be eliminated through negotiation, the official remarked, and strictly ruled out the possibility of setting out a precise timetable for the negotiation process.

“We will continue the trend that we started throughout the previous three rounds,” Araqchi noted, and specified some of the country’s negotiating principles.

According to the official, the country would neither try to hurry, nor allow the talks to assume an attritional quality. “We will proceed while observing exactitude,” he said.