Both President Michel Aoun and Central Bank Governor Riad Salameh have denied discussing the issue of Hizbullah’s controversial financial institution, al-Qard al-Hasan, in a meeting that they held in Baabda.

A statement issued by the Presidency said media reports that claimed the opposite were “baseless,” noting that the discussions tackled “the monetary situations in the country, the issue of the ration cards and the issue of subsidization.”

The Central Bank for its part described the reports as “totally unfounded,” adding that the talks focused on the economic and social situations.

MTV had earlier reported that during their meeting, Salameh emphasized that al-Qard al-Hasan had not obtained a license from the Central Bank to operate in financial matters in violation of the Lebanese laws.

The U.S. Treasury Department had on Tuesday imposed new sanctions on seven Lebanese linked to Iran-backed Hizbullah and its financial arm, the al-Qard al-Hasan association.

The measures are the latest against Hizbullah, which Washington considers a “terrorist” group and has targeted with penalties for years.

The Treasury said al-Qard al-Hasan — which the U.S. has sanctioned since 2007 — has taken a more prominent role over the years. Founded since 1982 and registered as a charity in Lebanon, the association is used by Hizbullah to gain access to the international financial system, the Treasury added. 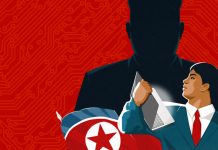 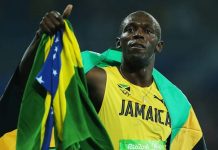