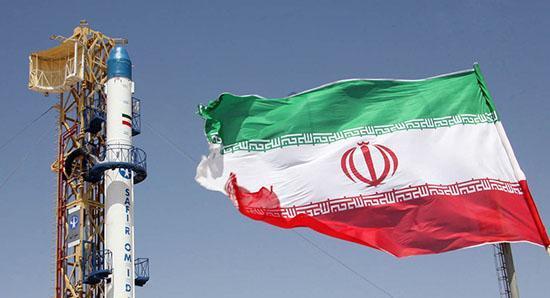 Following talks in Vienna this month, the U.S. could announce a deal with Iran as early as the end of May, which could lead to the lifting of oil and energy sanctions.

Analysts are predicting a return to pre-pandemic oil production levels for Iran, around 3.9 million bpd, by 2022, assuming that the U.S. eases the sanctions that have been suffocating Iran’s economy. Production levels in March stood at around 2.3 million bpd, the highest level since May 2019, an increase that highlights how Iran’s oil exports have already been recovering in spite of U.S. sanctions.

Unofficial talks between the two countries have been taking place in Vienna for over a month, in collaboration with diplomats from Europe, Russia, and China, and are expected to result in some sort of an agreement between the U.S. and Iran in the coming weeks.

It is likely that a deal will be reached before Iran’s elections in June, that timeline would ensure an energy agreement is in place between the two countries before any change in government.

Fernando Ferreira, director of Rapidan Energy Group’s Geopolitical Risk Service claimed that “Progress in Vienna is slow but steady,”. He added that “We’ve seen flexibility from both sides as Biden is now willing to move first, and Tehran understands some sanctions will stay.”

The easing of sanctions is expected to be gradual, with a complete end to sanctions expected as early as September. This could allow Iran’s crude and condensate exports to increase to 1.5 million bpd by the beginning of next year.

The hope is that the two countries will return to the Joint Comprehensive Plan of Action (JCPOA) mutual compliance agreement. This would present an easy path forward in the partnership between the two states as no new agreement would need to be developed.

Under the JCPOA nuclear deal, the U.S. vowed not to restrict Iran’s oil export ability so long as Tehran complied with restrictions on its nuclear program. However, then-president Donald Trump took the U.S. out of the deal in 2018 and imposed sanctions.

The sanctions introduced between 2018-2020 are viewed by the Biden administration as being “poison pills” meant to disrupt a return to the JCPOA. Iran is calling for a total revocation of these recent sanctions, with Biden aiming to remove those sanctions which hinder Iran’s economy.

In reference to the talks, Iranian President Hassan Rohani stated this week that “sanctions will be lifted soon if we are all united.”

Meanwhile, OPEC crude production increased by 70,000 bpd last month, achieving a three-month high of 24.96 million bpd, largely due to Iran’s increased output. Iran is now ahead of Kuwait for oil production, making it the fourth-largest oil producer in OPEC.

OPEC+ quotas have limited Iran’s output in recent months, although production decreases in North and West Africa have allowed for slightly higher production from both Saudi Arabia and Iran.

In addition, Iran has been fostering energy partnerships with industry giants China and Venezuela. These export partnerships are expected to help Iran get back on track quickly as soon as restrictions are eased.

Talks in Vienna between the U.S. and Iran are looking promising. The proven oil-producing ability of the state as well as its strong relationship with China and Venezuela will mean Iran’s oil industry could soon be back in full swing.

Wall St bounces back on boost from banks, industrials