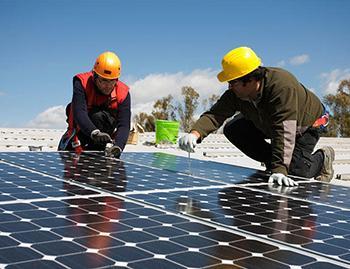 Experts warn that we are running out of time to prevent the worst effects of global warming. For decades, scientists have been warning us that we need to fundamentally change our relationship with fossil fuels and land use, but now we’re down to the wire. The Intergovernmental Panel on Climate Change, the world’s premiere experts on the subject, say that we have fewer than 10 years to turn things around enough to keep the world from warming more than 1.5 degrees Celsius over pre-industrial levels in order to avoid complete ecological disaster.

“In the most hopeful scenario, innovations in efficiency and technology spur huge drops in energy demand, speeding along decarbonization of the energy system and obviating the need for unproven carbon capture technology,” Gizmodo’s Earther lays out the options. “In another, nations harmoniously come together and we shift to a more sustainable lifestyle and buy fewer tchotckes [sic].” If the pandemic has proven anything it’s that we love our tchotchkes (read: Jeff Bezos’ bank account) and that not even a global common enemy like the coronavirus has managed to create world peace, so I guess it will have to be the former.

In order to achieve this, innovation and major research and development investment in new and proven clean energy and energy-saving technologies will be absolutely imperative. Carbon capture and reforestation efforts, too, will need to continue to advance and scale up. Every pathway laid out by the IPCC will involve massive inversions of cash into a global climate effort, to the tune of about $2.4 trillion annually until 2035.

In 2020, the world spent just $501.3 billion on renewable power, electric vehicles and “other technologies to cut the global energy system’s dependence on fossil fuels,” but that’s actually a major step up. In 2017 the world spent just $280 billion installing renewable energy, and breaking the 500 billion threshold has been viewed as a hopeful sign that the world is finally getting on board with the clean energy transition.

And new clean energy innovations are popping up all the time as scientists around the world dedicate themselves to this millennium’s biggest looming (and in many ways already unfolding) crisis. Scientists are thinking in new and creative ways, and not all of them are space age or Muskian. Some of them are as simple as making more efficient use of our data centers, launching larger carbon credit schemes, and eating less meat. And some of them are repurposing and retrofitting what we already have to turn it from an everyday object into a climate change-fighting machine.

That’s the case with Australia’s airports, which could soon become some of the biggest clean energy producers in the nation. A new study released by RMIT University found that if all of Australia’s government-owned airports installed large-scale rooftop solar systems, they could collectively produce enough energy to power an entire city–136,000 homes. This large-scale solar project would generate more than 20 times the amount of power that is currently being produced by the 17,000 residential solar panels in Bendigo, Victoria, the city that served as the baseline for the study. In fact, just putting large-scale solar panels on Melbourne Airport alone would produce more energy than the city’s entire residential solar output. And, if large-scale solar were installed at the 21 federally-leased airports in question, the project would offset a whopping 151.6 kilotons of greenhouse gasses annually.

The study has major and exciting implications for looking at publicly owned and managed buildings and land as potential hubs for green energy production, not just in Australia, but around the world. airports around the world, as well as large commercial buildings, warehouses, or distribution centers, could play a major role in a decarbonized future.

“We can’t rely on small residential solar panels to get us to a zero-emission economy but installing large panels at locations like airports would get us a lot closer,” researcher Dr. Chayn Sun was quoted by SciTechDaily. “We hope our results will help guide energy policy, while informing future research in solar deployment for large buildings. There’s so much potential to facilitate national economic development while contributing towards greenhouse gas emission reduction targets.”