A bigger-than-expected increase in U.S. consumer prices has put investors on high alert for more signs of inflationary pressure that could tilt the Federal Reserve toward raising interest rates.

Several investors said the consumer price index report released on Wednesday was not enough to prompt the Fed to change its course. But the news, which fueled worries that the economy is moving toward sustained higher inflation, rattled markets.

“The argument is whether this bout of inflation is transitory or here to stay. And time will tell. I think it’s here to stay until you see labor costs and commodity costs mitigate some,” said Peter Tuz, president of Chase Investment Counsel in Charlottesville, Virginia.

“This obviously brings the thought that maybe the Fed will have to change its easy policy sooner than expected.”

“Hotter than expected but not overheating,” said Gregory Daco, chief U.S. economist at Oxford Economics in New York, said of the economy. “The Fed is not going to change any policy on any one report so I wouldn’t expect this to be a gamechanger.”

Investors are turning their attention to upcoming economic reports that could fill in the inflation picture, especially U.S. producer prices data for April on Thursday. Economists expect wholesale inflation to rise, as it did in March.

Inflation watchers wonder if the economy’s recovery from the COVID-19 pandemic is starting to pick up too much steam. Americans are getting vaccinated against the coronavirus, and many states are lifting restrictions on businesses. Stimulus checks were sent to qualifying households in March, helping to boost demand.

Fed Vice Chair Richard Clarida said on Wednesday it will be “some time” before the U.S. economy is healed enough for the Fed to consider pulling back its crisis levels of support and he expects the rise in prices to be temporary.

“The thinking is these price increases are still transitory…. (Otherwise,) the bond market should be more concerned about it, and it’s not,” said Patrick Leary, chief market strategist and senior trader at Incapital in Minneapolis.

The yield on 10-year Treasury notes was up 7.1 basis points at 1.695% by late Wednesday after climbing to 1.697%, its highest since April 13 and on pace for its biggest one-day basis point increase since March 18.

Worries about potential for rising inflation and interest rates have hurt some large-cap growth stocks recently. That pattern continued on Wednesday, with the Nasdaq leading losses among the three major equity indexes.

“One data release is not going to change the Fed’s position,” she said. More data is going to be needed for that to happen, including “data that suggests a stickiness with higher inflation and higher costs. We’re not there. We’re still in the rebound stage.” 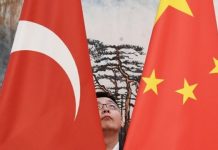 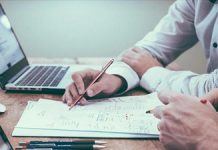