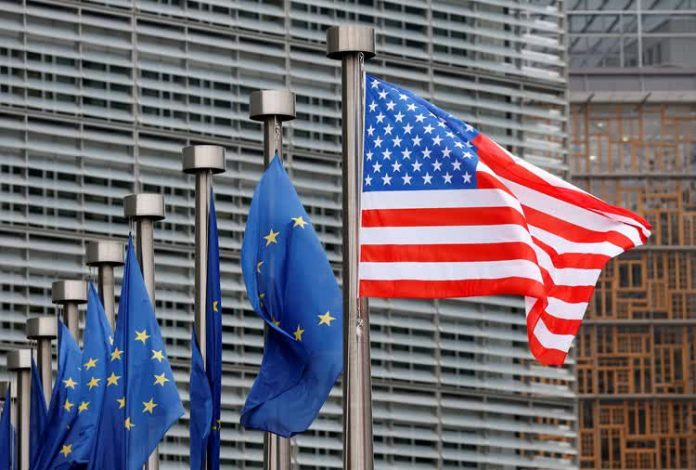 BRUSSELS (Reuters) -The European Union has agreed to a partial truce with the United States in a dispute over metal tariffs imposed by former president Donald Trump and to start discussions on global overcapacity and China’s “trade-distorting” policies.

The European Commission, which oversees EU trade policy, said on Monday it would suspend a planned hike of retaliatory tariffs for up to six months. These would have added U.S. products from lipstick to sports shoes and doubled to 50% duties on U.S. bourbon whiskey, motorbikes and motor boats on June 1.

In a joint statement, Brussels and Washington said that, as allies and market-based economies, they could promote high standards, address shared concerns “and hold countries like China that support trade-distorting policies to account”.

The discussions would seek solutions before the end of the year to the issue of global steel and aluminium overcapacity, though a Commission official said a resolution of the tariff dispute should come much sooner.

A month ahead of a visit to Brussels by U.S. President Joe Biden, one EU diplomat said it would have been “terrible optics” if the bloc had raised tariffs on Harley Davidson bikes and products of other U.S. firms.

Bernd Lange, head of the trade committee of the European Parliament, said the United States needed to come to a EU-U.S. summit with a “tangible commitment to reciprocate the EU gesture. Otherwise, tariff hikes would be justified.

The United States will maintain its tariffs of 25% on steel and 10% on aluminium, which also apply to imports from China, India, Norway, Russia, Switzerland and Turkey.

The Trump administration cited U.S. national security grounds as the basis for its metals tariffs – measures that steelmakers such as Thyssenkrupp and Voestalpine have said they were affected by.

The EU denied that its exports pose any security threat and responded by placing its own tariffs on 2.8 billion euros ($3.4 billion) of U.S. products, including motorbikes, whiskey and orange juice. These will also remain in place.

However, the suspension of further tariffs was greeted as a step in the right direction by European Aluminium, the U.S. Distilled Spirits Council and Harley Davidson, whose shares rose more than 6% to a three-year high.

The American Iron and Steel Institute said it hoped U.S.-EU discussions could work towards substantive solutions, while maintaining trade measures. It also said China was not the sole cause of overcapacity and that import surges had come from every region.

The EU had urged the United States to suspend the metals tariffs for six months, mirroring the four-month suspension the two sides agreed in March in their aircraft subsidy dispute.

The Commission has said the U.S. tariffs affect 6.4 billion euros of EU metal exports and that it would “rebalance” the remaining 3.6 billion euros after three years, or after a favourable ruling by the World Trade Organization.

Those three years expire were to expire in June. Its challenge at the WTO is ongoing. 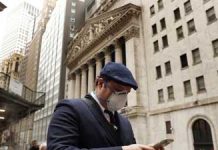 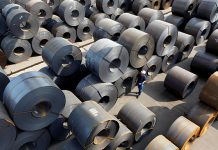