Israel conducted intense attacks in different parts of the blockaded Gaza City in the wee hours of May 17, according to Anadolu Agency’s reporters.

Israeli warplanes bombarded many targets in Gaza’s south, west, and north in the night, reported the correspondents on the ground.

According to witnesses, some areas belonging to Palestinian resistance groups, agricultural fields, streets, and infrastructure were targeted in the attacks. Some security centers in the city’s south and west were demolished.

The attacks caused heavy damage to some buildings, houses, and streets. Electricity cuts are being experienced in areas near to the targets, they said.

Israeli warships deployed in the sea also launched fire on the coast of Gaza.

No statement has been published yet regarding the targets.

Meanwhile, Palestinian resistance movement Hamas’ military wing, the Ezzeddin al-Qassam Brigade, said the Israeli attacks on civilians were retaliated and they fired rockets on the cities of Beersheba and Ashkelon, and also targeted some settlement areas.

The death toll from Israeli attacks on Gaza Strip on May 16 rose to 197, including 58 children and 34 women, according to the Palestinian Health Ministry.

The number of injured has reached 1,235, while tens of buildings were destroyed or damaged.

U.N. Security Council (UNSC)’s open debate on the tensions between Israel and Palestine amid the former’s attacks in Gaza ended with no concrete outcome.

This third session of the top U.N. body this week came after the U.S.’s two moves to block a joint statement that would condemn Israel for the violence and call for a cease-fire.

The virtual meeting, joined by Israeli and Palestinian officials, was requested by China, Norway, and Tunisia.

In his address, Palestinian Foreign Minister Riyad al-Maliki described Israeli attacks on occupied territories of Palestine as “war crimes” and urged the UNSC to impose sanctions and arms embargo on Tel Aviv.

“Israel is the armed thief who has entered our house and is terrorizing our family, it destroys our homes, oppresses our people, generation after generation,” said Maliki.

Permanent Representative of Israel to U.N. Gilad Erdan blamed Hamas for the violence and accused the group of “carrying out its terror attacks”. “We will take all steps necessary to defend our people,” said Erdan, calling for the Council to condemn Hamas.

During his address, U.N. Secretary-General Antonio Guterres urged Israel and Palestine to end the “senseless cycle of bloodshed, terror, and destruction” and return to negotiations for a two-state solution to the conflict.

“The current hostilities are utterly appalling. This latest round of violence only perpetuates the cycles of death, destruction, and despair, and pushes farther to the horizon any hopes of coexistence and peace,” said Guterres.

In her speech, U.S. Ambassador to U.N. Linda Thomas-Greenfield reiterated the call for all parties to ensure the protection of civilians, and to respect international humanitarian law. “The current cycle of violence must end,” she said.

“The United States has been working tirelessly through diplomatic channels to try to bring an end to this conflict,” she added. 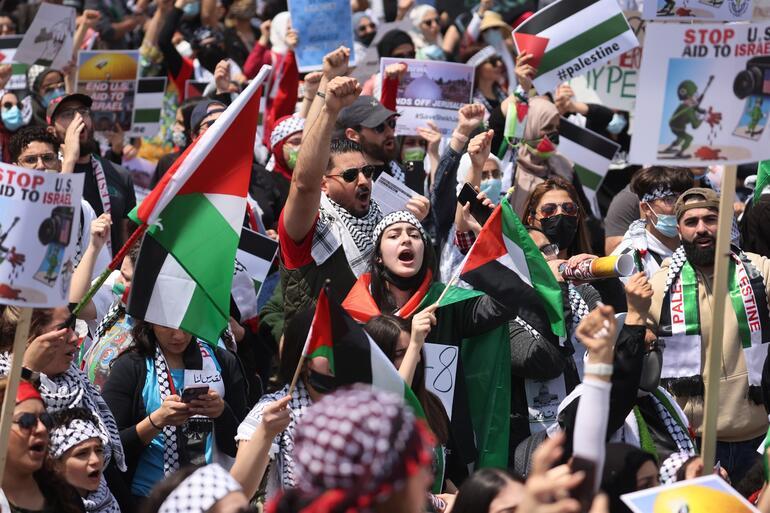 China asks US to adjust its position

China’s Foreign Minister Wang Yi called on the U.S. to “adjust” its position on Israel-Palestine tensions.

He said because of the obstruction of the U.S., the Security Council has not been able to speak with one voice on Palestine.

“We call upon the U.S. to shoulder its responsibilities, taking adjust position,” said the Chinese top diplomat.

“We believe it is important to urgently hold a meeting of the Middle East quartet of international mediators at the ministerial level,” said Vershinin.

He also said Russia considers the attempts to change the geographical, demographic, and historical character and status of East Jerusalem to be null and void.

Step back from brink, says UK

UK Permanent Representative to U.N. Barbara Woodward said ongoing violence across Israel and the occupied Palestinian territories is deeply concerning and it must stop.

“I repeat my prime minister’s call that both sides step back from the brink and show restraint. This cycle of violence must end,” said Woodward.

“The UK remains committed to the two-state solution as the best way to permanently end the occupation and bring peace and stability to the region,” she added.

French representative Nicolas de Riviere urged the Security Council to immediately act to halt the violence in Palestine and Israel.

“This Council must unite to launch a unanimous call for a swift cessation of hostilities. This is the only priority today. And it is our collective responsibility,” said de Riviere.

“The real solution is to bring Israel to halt its policy of settlement in the Palestinian territories,” said the French envoy.

The 57-member Organization of Islamic Cooperation (OIC) on May 16 said it will seek the U.N. General Assembly to protect the Palestinian people as the UN Security Council has failed to assume its responsibility to stop the aggression on Gaza.

The OIC extraordinary meeting at the level of the foreign ministers was convened virtually at the request of Saudi Arabia. 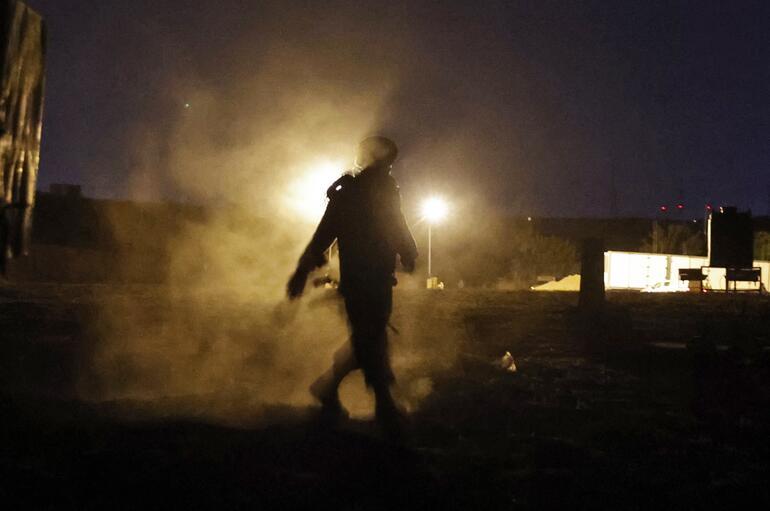 “The UN Security Council’s failure to stop the Israeli aggression will necessitate approaching the U.N. General Assembly to assume its responsibility, including the resumption of the proceedings of the Tenth Emergency Special Session to stop Israeli aggression in the Occupied Palestinian Territory,” said the statement issued at the end of the meeting.

The statement urged the international community to take steps towards protecting the Palestinian people and affirmed that “the time has come to take serious measures to hold Israel accountable for its gross violations”.

It also reiterated that Al-Aqsa Mosque is “a red line for the Islamic ummah (nation)” and that security and stability can only be realized once it is fully liberated from the Israeli occupation.

The statement concluded by saluting “the steadfastness of the Palestinian people on their land and for their historic stand in the face of [Israel’s] aggression and occupation”.

More than 10,000 civilians have been displaced in the Gaza Strip due to Israeli attacks, said Palestinian Foreign Minister Riyad al-Maliki at an extraordinary meeting of the OIC on May 16.

Maliki stated that Israel has committed crimes and used violence against the people in the Gaza Strip, which is under blockade.

“Ongoing barbaric bombardments on Gaza has led to the displacement of more than 10,000 Palestinian citizens and the destruction of hundreds of homes across the region,” he said.

Maliki stated that Israel focused on the attacks with all their means, including the colonialists, who raided the homes of the Palestinians and shouted slogans “Death to the Arabs.”

He emphasized that normalization with Israel means supporting the “racist system”, adding that normalizing with the racist, colonist administration without ending Israel’s occupation in Arab and Palestinian lands means to support the apartheid regime and being party to its crimes.

The virtual extraordinary meeting of the OIC executive committee was held to discuss Israel’s attacks on Palestine.

The recent tensions that started in East Jerusalem in the Muslim holy month of Ramadan spread to Gaza after Palestinian resistance groups there vowed to retaliate against Israeli assaults on the Al-Aqsa Mosque and Sheikh Jarrah if they were not halted.

Israel occupied East Jerusalem, where Al-Aqsa is located, during the 1967 Arab-Israeli war. It annexed the entire city in 1980 in a move never recognized by the international community.