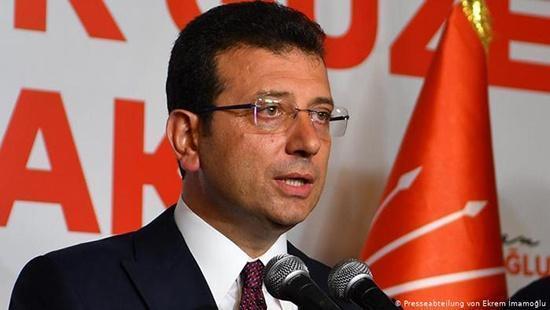 Turkey’s Interior Ministry began a probe into Ekrem İmamoğlu, the opposition mayor of Istanbul, over the awarding of a tender for disinfectant, Sözcü newspaper reported on Monday.

İmamoğlu is suspected of causing financial losses to the state by purchasing 15,000 litres of the disinfectant from local company NHP İlaç Sanayi ve Ticaret AŞ on March 29 last year, Sözcü said, citing the initial investigation. The ministry has requested that he defend his actions, it said.

The government’s decision to open the probe is purely political, an official of the municipality said, according to the newspaper. The person pointed to similar accusations levied at former Trade Minister Ruhsar Pekcan, who President Recep Tayyip Erdoğan sacked last month. The authorities have not investigated Pekcan for the alleged crime, the official said.

İmamoğlu won an election for mayor of Istanbul, Turkey’s largest city, in 2019, ending two decades of management by Erdoğan’s governing Justice and Development Party (AKP) and an Islamist predecessor. Analysts have touted him as a potential leading rival to Erdoğan at presidential elections slated for 2023.

The Istanbul mayor has faced a series of probes and allegations against him. A prosecutor began investigating him for insulting the memory of an Ottoman sultan during a visit to his tomb last year, local media including Sözcü reported in early May.