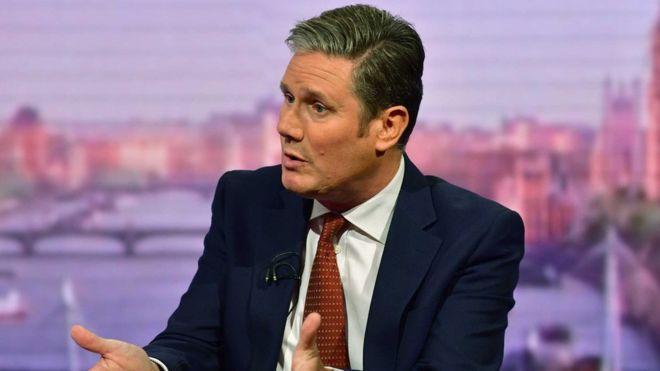 In UK local elections on 6 May, the Labour Party lost control of eight councils and more than 300 seats, with opposition MPs and activists stunned by the failures; former boss Jeremy Corbyn was blamed by the media and the new leadership, headed by Keir Starmer, for having tarnished the party’s image.

Keir Starmer has vowed that the Labour Party he leads will be guided from now on by a completely new ‘launchpad for power’, ditching previous manifestos, reported The Guardian.

The Labour leader was addressing a conference hosted by the centre-left thinktank Progressive Britain on Sunday to underscore the importance of looking forward in the party’s policy review.

Recalling radical manifestos drawn up under his predecessor Jeremy Corbyn’s leadership, which had pledged to re-nationalise key industries, such as the rail and energy networks as well as the Royal Mail, Starmer was cited as conceding that many members of the opposition party still express a close attachment to them.

Keir on good form at #ProgBrit2021 – enthusiastic and setting out a positive vision 🙌🏻 @UKLabour pic.twitter.com/EXxoz407I9

For Labour to win the next General Election swathes of Tory voters have to vote Labour. Starmer has to speak to these voters & win them over. There’s nothing wrong with that. pic.twitter.com/g6Nf0zoKGx

However, he touted a new, ‘future-facing’ approach as promising to reap rewards for the Party.

The predominant focus would be on what Labour had to offer from an economic standpoint, said Keir Starmer in his Q&A at the conference, reported by the outlet.

The opposition party chief emphasised that the new policies would no longer be rooted in lessons from either Corbyn or former Labour leader and PM Tony Blair.

“We can’t hug someone from the past, some historical figure, and say all we need is X. We’ve got to do it, the hard work is on us,” he was cited as saying.

The policy review would be led by party chair Anneliese Dodds, previously appointed Shadow Chancellor of the Exchequer by Keir Starmer, and removed from the role in a reshuffle, and chosen as Party Chair by him after the 2021 local elections.

Emphasizing that the 2019 Labour manifesto would not be used as a starting point for the review, Starmer was quoted as saying:

“You don’t go through a review like this by picking up the last document. What we’re not doing is simply gathering up thoughts and then trying to write something that reflects those thoughts. Because we need transformative and modernising change.”

A spat between Starmer’s office and the deputy Party leader Angela Rayner had “not been a pleasant experience … The way we did it wasn’t the best and there’s no getting away from that”, he reportedly said.

Angela Rayner had been locked in a dispute with Starmer over her role in the party at the weekend in the wake of Labour’s drubbing in England’s local elections.

We will stand up for workers, trade unions, democracy and the communities our party was created to represent.

First and foremost, I’m delighted that the hugely respected and formidable @FloEshalomi has joined our team.

​Rayner had been removed on 8 May as the party’s campaign coordinator, but the following day was given a job as Labour’s Shadow Secretary of State for the Future of Work spokesperson for the future of work.

She subsequently vowed she would use her new job to “get out there and really sock it to the government” while addressing the question “what does Labour stand for?”

At the Progressive Britain conference Keir Starmer said he would spend the summer on the road , visiting places the party must win, adding it would be not “just half-day visits but going for two or more days to a particular place”.

The conference witnessed two key Labour centrist groups on the Blairite wing of the party – Progress and Policy Network – merge, to be relaunched as Progressive Britain, reported The Guardian.

The result promises to become a new platform for ‘debate, political education and policymaking’.

Peter Mandelson, former New Labour adviser, who is president of international think tank Policy Network, offered his vision of the party’s future to Starmer at the event.

“Labour must change. Labour must look to the future. Kinnock and Blair are the change we need” – Lord Peter Mandelson #ProgBrit2021 pic.twitter.com/0vcL128Fs9

According to Mandelson, Labour should start listening more closely to those who had won elections for it, as he urged to “stop treating New Labour as an embarrassing aunt in the corner”, in a reference to a period in the history of the British Labour Party from the mid to late 1990s until 2010 under the leadership of Tony Blair.

Mandelson suggested he could “help build the new electoral coalition Labour needs for victory”, while voicing support for Keir Starmer’s decision to reject past guidelines as a new vision for the party policy is crafted.

“We should not fight any election with a battle plan or manifesto from the past, including the one that gave us our landslide in 1997,” he was quoted as saying at the close of the conference. 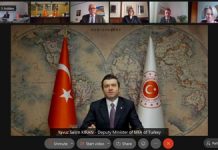