Palestinian firefighters search urgently for survivors and bodies under the rubble after an intensive civilian bombardment of Gaza City on Sunday. Israel pummelled the Gaza Strip with air strikes, killing 10 members of an extended family and demolishing a building housing international media outlets, as Palestinian militants fired back barrages of rockets.

The UN Security Council (UNSC), with China as the president for May, held an open debate on Sunday to discuss the Palestine-Israel conflict in the Gaza Strip, which has caused more than 180 deaths and more than 1,000 wounded on both sides so far.

Chinese State Councilor and Foreign Minister Wang Yi chaired the UNSC open debate via video link on Sunday, which is still ongoing as of press time.

China on Saturday criticized the US for blocking the UNSC from reaching an agreement on the matter and expects all parties in the UNSC to put forward a unified voice on the issue.

On Saturday, during a phone talk with Pakistani Foreign Minister Shah Mahmood Qureshi, Wang expounded on China’s position on the current Palestine-Israel conflict. Wang said the root cause of the deterioration of the situation is that for a long time there has not been a just solution to the Palestinian issue.

Especially, in recent years, the Middle East peace process has deviated from its original track, the UNSC resolutions have not been earnestly implemented and in particular, the Palestinian right to build an independent state has been continuously violated. As has been proven, Wang noted, without a just settlement of the Palestinian issue, neither Palestine nor Israel as well as the Middle East will be able to achieve true peace.

Ma Xiaolin, dean of the Institute for Studies on the Mediterranean Rim at Zhejiang International Studies University, told the Global Times on Sunday that China’s position shows a profound understanding of Middle East affairs as it has pointed out that the Palestine issue is still at the core of the Middle East affairs and it cannot be marginalized.

The US, who wants to pull out its power from the Middle East, would like to see the Palestine issue marginalized, so Washington is reluctant to see the issue tabled at the UNSC. The US position is unhelpful for international mediation, said Chinese experts.

China has pushed the Security Council to hold two emergency consultations on the Palestine-Israel conflict, and has drafted a press statement, in a bid to guide the council to take actions. “But regrettably, the council has so far failed to reach an agreement, with the US standing on the opposite side of international justice,” Wang said.

“On behalf of the Palestinian Leadership and People, I would like to express our sincere gratitude and high appreciation of the honest and responsible important recent remarks and comments” of the Chinese foreign minister, said Ambassador of the State of Palestine to China Fariz Mehdawi in a statement sent to the Global Times on Sunday.

Mehdawi said Chinese Foreign Minister Wang “had rightfully hit on the real roots of the conflict when he pointed out at the very long Israeli military occupation of Palestine as the central cause, he had also clarified and stressed on the most urgent priority and responsibility of the International community through the UN Security Council, which China chairs this month, to insure the immediate stop” of the ongoing bloodshed in Gaza in particular.

Israeli Embassy to China also said in a statement sent to the Global Times on Sunday that “Israel wishes to see the end of this cycle of extreme violence and the restoration of peace and security at its borders.”

According to Reuters on Wednesday, the US had delayed the UNSC efforts to issue a public statement on the escalating tensions between Israel and the Palestine because Washington considers the statement could be “harmful to behind-the-scenes efforts to end the violence.”

The US has always been a shield for Israel in the UNSC, and the Biden administration has said that Israel has the right to defend itself as they believe it was Hamas in Gaza which first launched rockets into Israel, even though the Israeli military’s counterattack has caused many more casualties in Gaza, including innocent people and children.

After Israel bombed a building in Gaza that housed the offices of the Associated Press, Aljazeera and other media outlets on Saturday, pressure on the US and Israel is increasing.

“The US doesn’t want to give the credit of mediating the Palestine-Israel conflict to China, especially when China is the president of the UNSC. This is a key reason why the US is reluctant to let the mediation work go through the UNSC,” Hua Liming, a Chinese expert on Middle East affairs and former Chinese ambassador to Iran, told the Global Times on Sunday.

Every time the UN meets to talk about the Palestine-Israel conflict, the US always sits in the “the dock for the defendant,” so Washington normally prefers to engage with both sides under the table rather than letting the international community get involved. This is the key reason why any solution or ceasefire between Israel and Gaza or other forces in the region would be temporary, Hua said.

The Biden administration always says its diplomacy prioritizes “human rights,” especially when interfering in other countries’ internal affairs, but when there is horrific human rights disaster caused by its ally’s military operations in Gaza, “which is an overreaction to Hamas’ attack,” the hypocrisy and double standards of the US has been exposed again, Ma said.

Wang Yi said on Saturday that the ultimate way out of the Palestinian issue lies in the implementation of the two-state solution.

The two-state solution to the Israeli-Palestine conflict envisions an independent State of Palestine alongside the State of Israel, west of the Jordan River, which was supported by the UNSC, including the US. But due to the previous Trump administration’s policy, the UNSC resolution has not been earnestly implemented.

China will continue to firmly support the just cause of the Palestinian people to strive for the restoration of their legitimate national rights, support a just solution to the current issue through political dialogue, and support the UN, the League of Arab States and the Organization of Islamic Cooperation in playing a constructive role in this regard, Wang said during the phone call with the Pakistani foreign minister on Saturday.

Hua said the conflict this time is also intertwined with the Iran nuclear issue as the US and Iran both want to reach a new deal as soon as possible, as the moderate government in Tehran would have more chance of winning the election and continue to have dialogue with the US.

“But Israel doesn’t want to see the US and Iran reach a deal so the conflict in Gaza will add difficulties to the talks between the US and Iran,” Ma said. “So the Palestine issue cannot be resolved in the short term.” 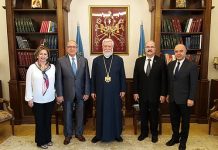