Turkish philanthropist Osman Kavala said on Friday that the espionage charges against him resemble legal proceedings in Nazi Germany.

Speaking to court via video link on the first day of a trial on combined charges of involvement in the 2013 Gezi Park protests and the 2016 failed military coup, Kavala said the accusation of espionage was not one contained within Turkish law.

“The prosecutor develops a distinct concept of espionage that is different from its definition in the dictionary and the law, one that relies on an anti-democratic conspiracy theory that civil society organisations are used for the purposes of espionage,” he said.

The charges instead resemble legal proceedings used in Nazi Germany, he added.

“In terms of its ambiguity and suitability for arbitrary practices, the one in the indictment rather resembles the concept of “Landesverrat” (treason against the country) which was also utilised for charges of espionage in Germany during the Nazi period.”

Kavala was detained on espionages charges after being acquitted in February last year of seeking to overthrow the government through the Gezi Park protests.

He currently faces retrial on both counts after his acquittal in the Gezi trial was overturned on appeal in January.

You can read Kavala’s full statement to the court below.

With the merging of the cases, the judicial process, which started 3.5 years ago on the basis of the scenario that the Gezi events were a conspiracy to overthrow the government, is entering a new stage.

As I mentioned several times before, the copyright of the Gezi indictment belongs to the former members of the police and judiciary who are currently being prosecuted on the charges of membership in “Fetullah Terrorist Organisation”’. As it is stated in the documents dated 14 to 15 June 2013, which are included the annex of the indictment, the fiction that Gezi events are a conspiracy in which I am one of the main actors was originally produced by the Department of Anti-smuggling and Organised Crime. The same group of people also happens to be the ones who conducted the unlawful wiretappings with extrajudicial motivations and utilised them to deliberately misleading justice. Given that the fiction of Gezi events being a conspiracy has been adopted and politically utilised by the government, I was not surprised that the acquittal decisions that belie this narrative were overturned.

Despite the fact that there is no evidence to incriminate me, that I was acquitted in the Gezi Trial, and the ECtHR found a violation in my application and called for my immediate release; my release has been precluded also in line with this narrative in order to sustain the perception in the public eye that I planned, organised and financed the Gezi protests. Charges against me keep altering… As if a baton handed over in a relay race, various judges and courts have been carrying over my arrest, refraining from dropping it to the ground.

Undoubtedly, the prosecutor who prepared the recent indictment also recognizes – and even admits – that there is no evidence in support of the espionage allegation, which has been invented to circumvent the ECtHR decision as surfaced by now. The prosecutor justifies this situation by asserting that the alleged espionage activities were carried out in great secrecy. This argumentation brings to mind the argument of the prosecutor in the play “The Crucible” written by Arthur Miller during the McCarthy era, who asserts that there is no need to look for any evidence or witness to put forth for witchcraft, as it is, by nature, an activity that could not be seen.

At the same time, the prosecutor develops a distinct concept of espionage that is different from its definition in the dictionary and the law, one that relies on an anti-democratic conspiracy theory that civil society organisations are used for the purposes of espionage. The definition of espionage presented in the indictment is quite different from that in our laws. In terms of its ambiguity and suitability for arbitrary practices, the one in the indictment rather resembles the concept of “Landesverrat” (treason against the country) which was also utilised for charges of espionage in Germany during the Nazi period. During that period, the duty of the judge was to sentence the person, whose action was regarded incompatible with the “public conscience”, by picking the law most convenient to enable the sentencing even if the act of the accused person did not fit the description of the crime in the law. Over that period, politics was effective at every stage of the judicial process, determining what the public conscience should be and correcting the court decisions in line with it. For example, Martin Niemöller, a priest critical of the Nazi regime, was kept in a concentration camp until the end of the war following his acquittal which was found politically inconvenient.

In the “Justice Case” in which judges and prosecutors of the Nazi legal establishment were brought before the court in 1947, it was stated that “the dagger of the assassin was concealed beneath the robe of the jurist.”

One thinks of this statement in a situation where a person is deprived of his freedom by abusing power as stated by the ECtHR decision on the case, and where justice is deliberately misled for the continuation of this deprivation through extrajudicial practices.

I hope that your court will put an end to this situation. 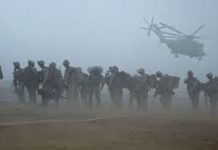