Britain’s Prime Minister Boris Johnson and his fiancee Carrie Symonds have sent wedding invitations to family and friends for July 30, 2022, the Sun reported on Sunday.

Details of the couple’s wedding destination remains a closely guarded secret, according to The Sun.

In February 2020, Johnson and his girlfriend Carrie Symonds said they were engaged to be married.

Johnson, 56, and Symonds, 33, have been living together in Downing Street since Johnson became prime minister in 2019. They share a son named Wilfred Lawrie Nicholas Johnson, born last year.

Johnson, known for his rumpled appearance and flamboyant oratory, was previously married to Marina Wheeler, and they had four children together. They announced in September 2018 that they had separated and would divorce after 25 years of marriage.

Johnson was also married once before Wheeler to Allegra Mostyn-Owen, and Symonds will be his third wife. 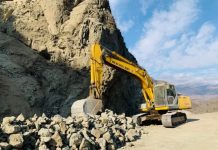 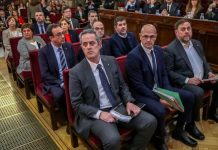