US Secretary of State Antony Blinken waves as he departs to visit Israel and West Bank, at Andrews Air Force Base, Maryland, US May 24, 2021.

US Secretary of State Antony Blinken departed for the Middle East on Monday evening to discuss the Israel-Hamas ceasefire and Gaza reconstruction.

“Leaving today for Jerusalem,” Blinken tweeted on Monday evening. “Even as we were working with the parties and partners to help reach a ceasefire, we were also focused on the road ahead, including steps we could take to build a better future for Israelis and Palestinians.”

Though Blinken and the State Department did not say Iran was on his agenda, Israeli officials plan to raise the issue, with Prime Minister Benjamin Netanyahu saying on Monday that Israel may have to make “independent decisions” to stop the nuclear threat.

This will be Blinken’s first trip to the region as America’s top diplomat, and comes just days after the end of hostilities between Israel and Hamas.

Blinken is expected to land in Israel early Tuesday morning, where Foreign Minister Gabi Ashkenazi will meet him.

The secretary of state will meet with Netanyahu, then with Netanyahu and Ashkenazi, followed by a meeting with Ashkenazi alone, and then with Foreign Ministry diplomats, as well as Ambassador to the US Gilad Erdan. He is also expected to meet with President Reuven Rivlin.

Blinken plans to continue on to Ramallah and to Egypt, which brokered the truce.

US President Joe Biden released a statement that, “during his trip, Secretary Blinken will meet with Israeli leaders about our ironclad commitment to Israel’s security.”

“He will continue our administration’s efforts to rebuild ties to, and support for, the Palestinian people and leaders, after years of neglect,” Biden added. “And he will engage other key partners in the region, including on the coordinated international effort to ensure immediate assistance reaches Gaza in a way that benefits the people there and not Hamas, and on reducing the risk of further conflict in the coming months.”

“THE MOST important thing is that the ceasefire does hold,” a senior State Department official said of the trip. “It is extremely important that it does – we don’t want to see a return to the heartbreaking bloodshed during the 11-day conflict, and we are looking for ways to improve Israeli and Palestinian lives.”

The official was also asked what can be done to ensure that aid money won’t be diverted to Hamas.

“We are going to work in partnership with the UN and the PA to channel aid in a manner that does its best to go to the people of Gaza,” he said.

“We are going to do anything we can so that this assistance will reach the people who need it the most,” the official added. “We are focused primarily on making sure that the ceasefire sticks.”

“We, and other donors, are trying to structure things in a way that diminishes Hamas’s abilities, strengthens the people of Gaza [and] begins a process of hopefully reintroducing and reintegrating the Palestinian Authority into Gaza and is in partnership with the United Nations,” he said.

“The United States remains committed to the two-state solution: That remains the vision of the United States,” the official noted. “We are not wavering from that in any way.”

Blinken’s visit also comes just before a fifth round of indirect negotiations between the US and Iran to return to the 2015 Iran deal, and Israeli officials plan to raise the matter in their meetings with him.

Netanyahu said that Israel may have to act without the US to protect itself from the Iranian nuclear threat.

“The top mission for every one of you is to prevent Iran from arming itself with a nuclear weapon: That is the supreme mission,” Netanyahu said at an award ceremony for outstanding Mossad agents on Monday.

While Netanyahu said he “values our friend the US very much,” he said that “ensuring that the ayatollahs will not stop the thousands of years of existence of the Jewish people will require us to make courageous and independent decisions.

“With or without an agreement, we will do everything to prevent Iran from arming itself with a nuclear weapon – because that is our existence,” he said. 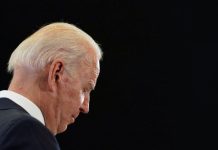 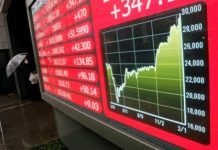 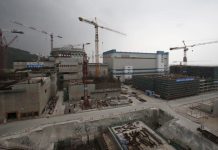