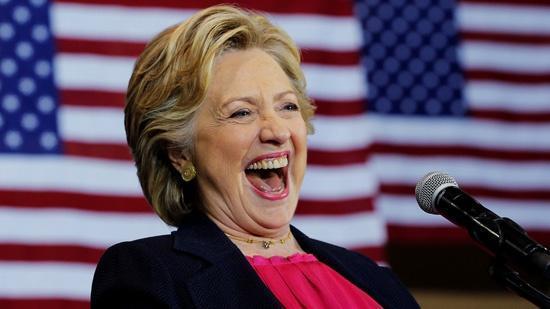 In 2019, employees of Fleming by Le Bilboquet told the New York Post that they Google anyone who makes a reservation in order to make sure patrons are rich and famous. A representative of the high-end restaurant later rejected the claims as “absolutely not true”.

Former US Secretary of State Hillary Clinton looked “a bit forlorn” as she and her spouse were recently spotted having a meal with friends at Fleming by Le Bilboquet, a posh restaurant on Manhattan’s Upper East Side, the Daily Mail reports.

The newspaper published an array of exclusive photos which, in particular, showed Bill Clinton deep in conversation with Trudie Styler, the wife of prominent English rock musician Gordon Sumner, better known as Sting, during Tuesday’s dinner.

While the former US president apparently focused his attention on Styler, Hillary was seen “sipping her favourite white wine” with “a glum” expression on her face, according to the Daily Mail.

At one point Sting’s wife was spotted posing with her head rested on Bill’s shoulder as the group of five sat for a photo taken by a waiter. The Daily Mail cited an unnamed bystander as saying that Hillary “appeared to not want to be in the photo”.

After the group reportedly left the restaurant at 9 p.m., they were greeted by fans and well-wishers who asked the Clintons for selfies.

Despite the pair having been seen arriving at Fleming by Le Bilboquet separately, Hillary and Bill jumped into the same car to go home together, shortly after the ex-secretary of state took a selfie with a passer-by outside the restaurant.

In 1998, then-President Clinton was impeached after it emerged he had embarked upon an affair between 1995 and 1997 with a 21-year old unpaid intern, Monica Lewinsky.

The fling allegedly spanned a year and a half, which Clinton rejected when speaking to the Senate, before being charged with perjury and obstruction of justice. Impeached by the House on 19 December 1998, he was later acquitted after a 21-day Senate trial.