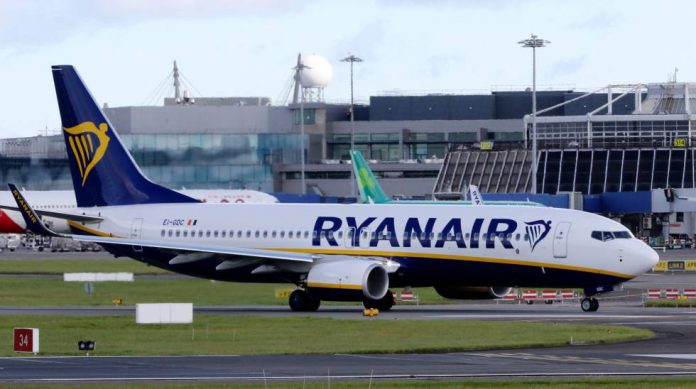 Earlier on Friday, the International Civil Aviation Organisation (ICAO) Council said during an urgent meeting that establishing the facts of the Ryanair airplane diversion in Belarus is of the utmost importance.

Rolandas Kiskis, the chief of Lithuania’s criminal police, said on Friday that the US Federal Bureau of Investigation (FBI) and Poland had launched their own investigations into what Western countries describe as the forced landing of a Ryanair plane in Belarus.

“In addition to Poland, which began its own pre-trial investigation, we have confirmed information from our colleagues in the US that the Federal Bureau of Investigation has launched its own inquiry”, Kiskis told reporters.

The statement comes as the International Civil Aviation Organisation (ICAO) Council stressed the need to establish the facts pertaining to the Ryanair airplane diversion in the ex-Soviet republic.

“At a special meeting convened, the ICAO Governing Body underlined the importance of establishing the facts of what happened, and of understanding whether there had been any breach by any ICAO Member State of international aviation law, including the Convention on International Civil Aviation (Chicago Convention) and its Annexes”, the ICAO Council said in a statement following the meeting on Thursday.

In another development, Valentin Rybakov, the head of the Belarusian Permanent Mission to the UN, said that they had sent notes of protest to six members of the UN Security Council – Estonia, France, Ireland, Norway, the UK, and the US, as well as Belgium and Germany, over their statement on the Ryanair emergency landing in Minsk.

Earlier, these eight countries published a joint statement strongly condemning the diversion of the flight with 132 people on board to Minsk National Airport and the subsequent arrest of two passengers: opposition journalist Roman Protasevich and his girlfriend Sofia Sapega. The statement also demanded the immediate release of Protasevich and Sapega.

“We have reacted to that. […] We have sent similar notes of protest to all the eight nations that have made this statement. In these notes we stressed that voicing any opinions and evaluations concerning this incident before a relevant investigation is conducted and relevant results are announced, is a blatant violation committed by UN member states”, Rybakov underscored.

Russian ICAO delegation member Sergei Gudkov, for his part, pointed out that Moscow’s position on the Ryanair plane diversion received support from China and South Africa during a recent ICAO gathering, but was “not heard” by other members.

“We were under the impression that the Europeans had prepared their presentations in advance, with each state having been assigned a role to play”, Gudkov said on Tuesday, lamenting the fact that other ICAO member states were unwilling to consider Russia’s position.

Last Sunday, a flight operated by the Irish airline Ryanair from Greece to Lithuania was diverted to the Belarusian capital Minsk over a bomb threat which later turned out to have been fake.

Western nations argued that the incident was a forced landing to arrest a passenger, journalist Roman Protasevich, one of the founders of the opposition Telegram channel Nexta, which was active during last year’s post-election protests in Belarus and then designated as extremist.

Along with the journalist, a Russian national named Sofia Sapega was also detained. The Russian Embassy in Minsk maintains contact with her parents.

This is not the first time a plane has allegedly been grounded at the request of a third country. In 2013, the plane of Bolivia’s then-President Evo Morales was directed by Austria to make an emergency landing at the behest of the United States during the hunt for National Security Agency whistleblower Edward Snowden. The former NSA contractor turned out to not be on board. The White House, however, has refused to compare the two incidents.