A far-right party with connections to the outlawed Golden Dawn party in Greece has made gains in Cyprus’ parliamentary elections on Sunday.

ELAM, an anti-migrant Eurosceptic party, walked away with the fourth highest number of votes, ending the day with 6.8 percent of the vote. While the ruling Democratic Rally (DISY) party of President Nicos Anastasiades remained the dominant winner, ELAM nearly doubled its support from the last election in 2016.

ELAM’s success on Sunday is attributed to frustration with the Anastasiades government over corruption allegations following an Al-Jazeera documentary last year that exposed the abuse of Cyprus’ so-called “golden passport” schemes. In their documentary, Al-Jazeera journalists showed how rich foreigners, even those with criminal ties, could purchase a Cypriot passport in an embarrassment for the ruling government.

Nicosia dropped the scheme after the airing of the documentary.

Candidates for ELAM also campaigned on a platform that was hostile to immigration and refugees. According to Reuters, the ELAM proposes a banning of the Islamic niqab and burka, the garb worn by many conservative Muslim women.

Like neighbouring Greece, Cyprus has seen an influx of migrants from the Middle East reach its shores in the last decade. Eurostat data shows that Cyprus today has the highest per-capita number of first time asylum seekers today within the European Union (EU) among its population of just over a million. Data also showed that the number of new arrivals to Cyprus increased by four percent in 2020.

ELAM is known for its connections to Greece’s neo-Nazi Golden Dawn Party that was banned by Greek authorities in October 2020. The party’s leader, Christos Christou worked for many years alongside Nicos Michaloliakos, the now imprisoned head of Golden Dawn.

These results take place amidst continued United Nations-sponsored negotiations that hope to restart talks on the reunification of Cyprus. The small island nation has been divided in two since a Turkish invasion of its northern half in 1974. Only Turkey recognises the Turkish Republic of Northern Cyprus (TRNC) as an independent state and the last round of talks in Geneva were capsized by Turkey’s insistence on a two-state solution for Cyprus.

ELAM has not been quiet about its hostility towards Turkey or Turkish Cypriots. In the run-up to Sunday’s election, the party accused Turkey’s President Recep Tayyip Erdogan of seeking to use a bi-zonal, bi-communal solution to Cyprus’ division, which is supported by the UN, as a means to “Turkify” the island. It recently went onto to accuse the left-wing Progressive Party of Working People (AKEL), DISY and the United Kingdom, a guarantor power with Greece and Turkey in negotiations, of conspiring together in favour of the UN solution.

This could create some trouble for the current government which supports the reunification of Cyprus. However, it paradoxically may align with the position of the TRNC government and Ankara, who more stubbornly than ever insist on a permanent division. 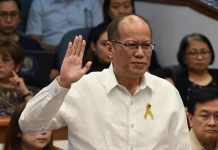