Earlier in May, the Houthi movement said that they shelled the southwestern Saudi border city of Najran and a Saudi Aramco facility, using drones and missiles.

The Houthi movement said that they had hit the King Khalid military air base in Khamis Mushait in southern Saudi Arabia with a drone.

Saudi authorities have yet to confirm the attack.

In recent months, Houthis have carried out several attacks on Saudi Arabia, some of which were intercepted; some missiles fell in the south of the country.

Yemen has been struggling with an ongoing armed conflict between the government forces, led by President Abdrabuh Mansour Hadi, and the Houthi movement for several years now. The situation has been further complicated after the Saudi-led coalition launched an air campaign against the Houthis in 2015, resulting in a humanitarian catastrophe.

In turn, the Houthis often retaliate by firing projectiles and bomber drones on Saudi territory. 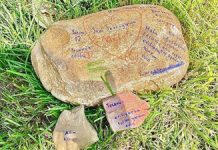