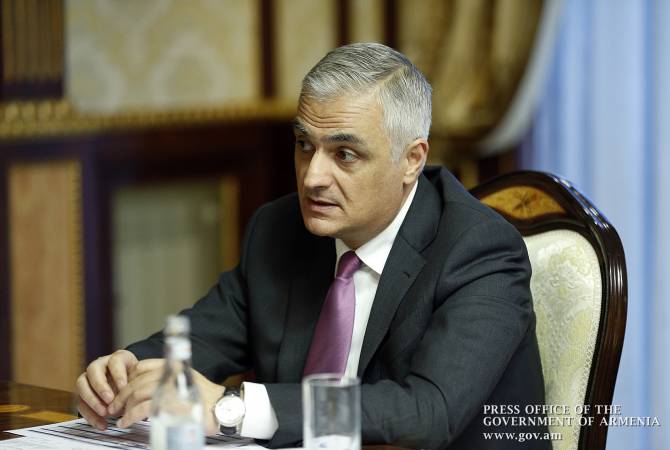 YEREVAN, JUNE 1, ARMENPRESS. The Armenian side has not discussed and will not discuss issues within the logic of “corridor” in the talks over unblocking transportation communications in the region, Caretaker Deputy Prime Minister Mher Grigoryan told reporters in the Parliament, commenting on the statement of Azerbaijani President Ilham Aliyev according to which there is progress in the talks over the “Zangezur corridor”.

“I assure you that the Armenian side has not discussed and will not discuss “corridor logic” issues, and discussion of such issue is not possible as well. If by saying corridor some people mean transportation routes, it’s another question, if by saying corridor they mean any degree of influence related to sovereignty, I assure you that this is impossible during my discussions”, he said.

He said that either there will be an unblocking with the use of the full Armenian sovereign infrastructure or will not be.

As for the recent capture of 6 Armenian servicemen by the Azerbaijani forces, Grigoryan said this issue is being discussed at all occasions and during all meetings. He expressed hope that this issue will soon be solved.