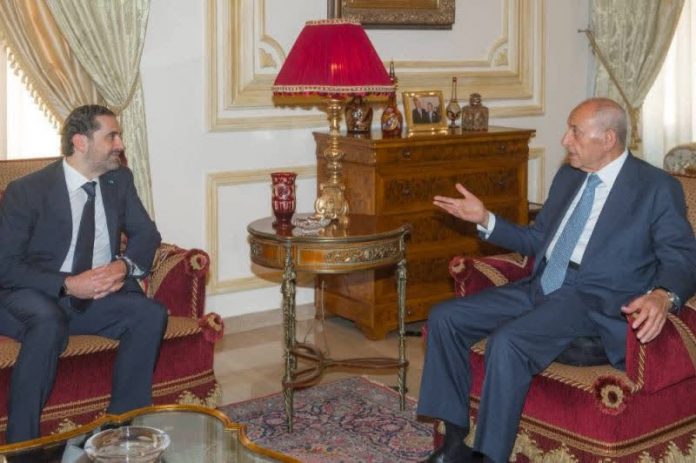 Parliament Speaker Nabih Berri and Premier-designate Saad Hariri met on Monday in an apparent attempt to break the cabinet formation impasse as Lebanon nears the 10-month mark without a government. (Credit: Annahar)

Lebanon’s economic crisis “is likely to rank in the top 10, possibly top three, most severe crises … globally since the mid-nineteenth century,” the World Bank wrote in its latest periodic review of the country’s finances. The “Lebanon Economic Monitor” noted that the country’s GDP had fallen from about $55 billion in 2018 to $33 billion in 2020, adding that “such a brutal and rapid contraction is usually associated with conflicts or wars.” The report comes as Ferid Belhaj, the World Bank’s vice president for the Middle East and North Africa, and Merza Hussain Hasan, its executive director, are set to arrive on Thursday to meet with officials and stakeholders to impress on them the urgency of addressing the crisis, a World Bank spokesperson told L’Orient Today.

French investigators began interrogating the former Nissan and Renault chief executive Carlos Ghosn on Monday at Lebanon’s Court of Cassation, a judicial source told L’Orient Today. The millionaire tycoon absconded from Japan in 2019, evading trial over allegations of financial misdeeds by fleeing to Lebanon. The French probe is one of multiple investigations he has faced since then. Reuters reported that the investigation is looking into whether Ghosn, who is a citizen of France as well as Lebanon and Brazil, used company resources to host a party at the Versailles Palace that was for private purposes, and is scrutinizing financial flows among Renault, its Dutch affiliate and a car dealership in Oman. The judicial source said Ghosn is expected to show up for questioning every day through Friday.

Lebanon is set to sign a contract this month that will allow it to produce the Russian COVID-19 Sputnik V vaccine locally, caretaker Industry Minister Imad Hoballah announced on Monday. Separately, President Michel Aoun said in a statement that he and Hoballah had discussed plans to manufacture the Russian vaccine at a factory of the Lebanese company Arwan Pharmaceutical Industries. The Sputnik vaccine has so far been available for the private sector to purchase in Lebanon, but supplies have been slow to arrive. About a quarter of a million people in the country have been fully vaccinated, with another quarter of a million receiving their first dose. Of the total doses administered, Sputnik shots account for some 66,000.

Several parliamentary committees are set to meet today. At 10:30 a.m., the Public Works, Transportation, Energy and Water Committee will meet to discuss the issue of mechanical inspections, a hot-button topic recently as land transport unions have asserted that they operate illegally. Also at 10:30, the Public Health, Labor and Social Affairs Committee will study proposed amendments to the labor law, and at 11 a.m., the Administration and Justice Committee will meet to discuss a number of proposals, including one to amend the law governing the Court of Justice with regard to the Beirut port blast probe. The explosion case was referred to the court a week after the Aug. 4 explosion, but no one has faced trial. 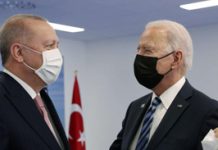