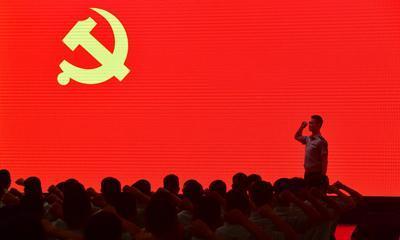 By Wang Qi and Zhang Hui

The Communist Party of China (CPC) Central Committee will for the first time honor July 1 Medals to Party members whose names may be not that well known but have made outstanding contributions and created valuable spiritual wealth, as the CPC marks the 100th anniversary of its founding.

Candidates are from different eras, ethnic groups, and walks of lives, but they all represent 91 million CPC members, and their life stories mirrored how the CPC came into existence from ordinary Chinese and kept a vigorous cause of uniting Chinese people and leading China to “stand up, get abundant and get stronger” in the past 100 years.

The list of 29 candidates includes war heroes, maritime militia, scientists, community workers, artists, diplomats, and pioneers in national unity, educators and police. The list will be put on display and public opinions will be solicited until June 4 before the final decision is made, the People’s Daily reported on Monday.

Eight candidates are ethnic minorities. Besides three candidates who had passed away, including martyr Chen Hongjun of the China-India standoff in 2020, the average age of the other candidates is 82. The two oldest, both 101 years old, are a veteran of the War of Resistance against Japanese Aggression (1931-45) and a major contributor to China’s “Two Bombs and One Satellite” project.

The youngest candidate still alive is 60, a female shepherd from Southwest China’s Tibet Autonomous Region, who has made contributions to China’s border safety through a decades-long grazing patrol.

Among the young candidates, one also has something to do with border security. Born in 1987, Chen Hongjun, a border defense hero who held his post in the plateau for 10 years and died in safeguarding China’s territorial integrity against Indian provocation in the Galwan Valley in June 2020.

Analysts said that the July 1 Medals honor the importance of the cohesion of the Party and the people, the inheritance of the precious spirit and unity. The list of grass-root candidates is also regarded as a response to some Western politicians who have attempted to split Chinese people from CPC.

It is the first time July 1 Medals will be conferred, and many internet users are wondering what the standard was to select the 29 candidates from more than 91 million Party members, and they became more curious after finding no “big names” among the list.

Su Wei, a professor at the Party School of the CPC Chongqing Municipal Committee, told the Global Times on Monday the candidates can be divided into three groups, each of which represents an era of China in the past 100 years. And the standard may have come from that.

In the time of war (1921-1949), in which people fought for Chinese “standing up,” heroes embody the spirit of sacrifice and devotion to defend the country. The second stage, from 1949 to 2013, in which CPC members showed the spirit of hard struggle amid the fight for China’s development, CPC members showed their exemplary role in areas such as poverty alleviation and tech advancement. In the third phrase, CPC members illustrated a pioneering and innovative spirit by action from a wider range, after the Third Plenary Session of the 18th CPC Central Committee proposed to comprehensively deepen reform and build a strong socialist country.

The list includes Ma Maojie, a heroine in the  PLA’s campaign to cross the Yangtze River in the War of Liberation (1946-49) who crossed the river six times under a hail of bullets and successfully sent three People’s Liberation Army units through despite being shot in the arm, when she was only 14.

A pioneer of China’s plateau medicine who has ensured the workers’ safety during the construction of the Qinghai-Tibet railway is on the list. Also included is the head of China’s first free high school for girls, who has helped more than 1,800 girls in poor mountainous areas realize their dream of going to college.

On the border area between China and Kazakhstan, Wei Deyou, an 81-year-old retired PLA solider and also a candidate on the list, had been guarding the “no man’s island” in Northwest China’s Xinjiang Uygur Autonomous Region since 1964. Dubbed as the “live map” in the borderline, Wei had been patrolling for nearly 200,000 kilometers, which is equivalent to surrounding the equator five times.

“Every day I would raise the national flag. The only thing in my life is to safeguard the border for our motherland. That’s my belief,” Wei told the Global Times.

“The purpose of the CPC is to serve the people wholeheartedly, which is like the sun’s rays. In different eras and fields, Party members are like a prism – when sunlight passes through a prism, it makes a rainbow of colors,” Su said. “They all sacrifice and contribute in their positions.”

Be loyal to the country, loyal to the people, ignore personal gain, and be willing to sacrifice… these are the spirit that needs to be inherited, which is also the fundamental reason why the country and the Party can overcome all difficulties and forge ahead with indomitable spirit, analysts said.

Zhang Yaocan, a professor of political science and law at Central China Normal University, told the Global Times on Monday that outstanding CPC members from all walks of life are of guiding significance for the future.

“Looking at them, Chinese will know what kind of people Party members are,” Zhang said.

Response to the West

The announcement of July 1 Medals also comes as the world is experiencing “profound changes unseen in a century,” when the Western world led by the US piles up pressure to suppress China’s rise, the great rejuvenation of the Chinese nation.

Some Western politicians are constantly attacking the CPC, trying to separate the Chinese people from the Party under the banner of values and human rights. Experts said the West’s prejudice toward the CPC is based on its own narrow political philosophy.

“They [Some Western politicians] do not understand that the CPC is a party of the masses, while the Western party belongs to the limited elite,” Su said.

China has over 91 million Party members, but most of them are ordinary people in various fields who play a vanguard and exemplary role, said Su. “They are not Western political bureaucrats, but members of the working people. This is why the CPC is so close to the Chinese people.”

Among the candidates, six fought to safeguard China’s territorial integrity and sovereignty from the Chinese People’s War of Liberation and the War to Resist US Aggression and Aid Korea, to the Sino-Vietnamese War and today’s China-India border standoff.

The CPC granting the July 1 Medals to them showed that the CPC has led the Chinese military to various successes in the past 100 years, and the leadership of the CPC is the fundamental reason for the PLA’s historical achievements.

Issuing the medals will also consolidate Chinese PLA soldiers’ firm confidence in the CPC’s leadership and inspire the soldiers to contribute more for a peaceful country and world, said Qian Feng, director of the research department at the National Strategy Institute at Tsinghua University.

“Conferring July 1 Medals sends a strong signal to those anti-China forces that the Chinese PLA is capable of defeating invasions of all enemies and will follow CPC’s leadership to resolutely safeguard sovereignty and China’s development interests. What the anti-China forces try to incite is doomed to fail,” he said.