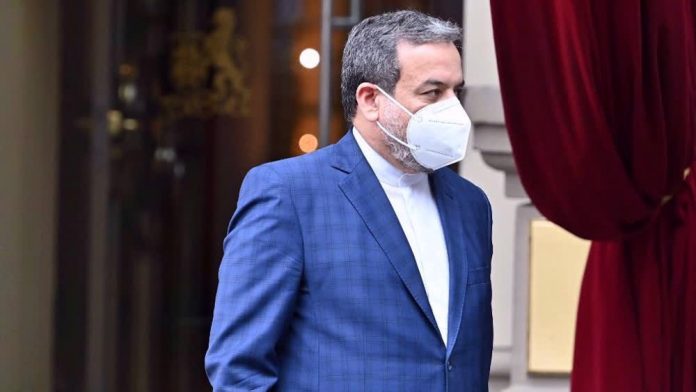 Iran’s top negotiator to Vienna talks on the revival of the landmark nuclear deal between the Islamic Republic and world powers says despite intense efforts made by all involved parties to reach a conclusion in the ongoing fifth round of talks, he is not sure that this will be the final round of negotiations.

Abbas Araqchi made the remarks while addressing reporters in the Austrian capital on Monday, saying that delegations attending the Vienna talks may have to go back to their capitals once more for further consultations with their respective governments.

Under former President Donald Trump, the United States in May 2018 unilaterally withdrew from the nuclear deal, officially known as the Joint Comprehensive Plan of Action (JCPOA). Trump also initiated a “maximum pressure” policy against Iran, prompting Tehran to take remedial measures by gradually reducing its nuclear commitments under the deal.

Trump’s successor, Joe Biden, says his administration wants to rejoin the deal, but Tehran says it must first lift all the sanctions Washington imposed on Iran in the aftermath of leaving the JCPOA practically and verifiably before it can come back.

Representatives of Iran and the other five signatories to the nuclear agreement, namely Britain, France, Germany, Russia and China, have been engaged in the Vienna process since early April with the purpose of finding ways to bring the United States back to the deal and prepare the ground for its full implementation.

The Iranian deputy foreign minister added, “I am personally not sure that we will reach a conclusion in this round [of talks]. However, we will continue our efforts. Delegations may need to go back to their countries once more for more consultations. No final decision has been reached yet.”

He noted that the talks have been underway in Vienna over the past week, saying, “The negotiations are very complicated. We are dealing with the main points of difference. We think that we have made good progress so far and trodden a good path.”

Araqchi emphasized that Iran and the P4+1 group of countries would continue negotiations within the next two or three days, but expressed uncertainty that the Vienna talks would reach a conclusion at this phase.

Referring to his Monday talks with the Russian and Chinese delegations to the Vienna talks and a four-sided meeting with the three European signatories to the JCPOA, the Iranian diplomat said there is close coordination among positions of Tehran, Moscow and Beijing while expert meetings would continue.

During the meeting with the representatives of Russia and China on Monday, the Iranian delegates outlined Tehran’s stance on the draft texts and the remaining unsolved issues.

The Chinese and Russian envoys once again reiterated their countries’ support for Iran’s position on securing possible ways to revive the JCPOA and its full implementation by the signatories.

Iran’s Foreign Ministry spokesman Saeed Khatibzadeh said last week that an agreement is within reach on the removal of sanctions on Tehran, but it remains for the US to make a “political decision” and change course on the “failed legacy” of the former Trump regime.

“It is quite clear that we have made significant progress and we think an understanding is within reach. What remains is significant. They must be addressed and followed up,” he told a weekly virtual news conference in Tehran.