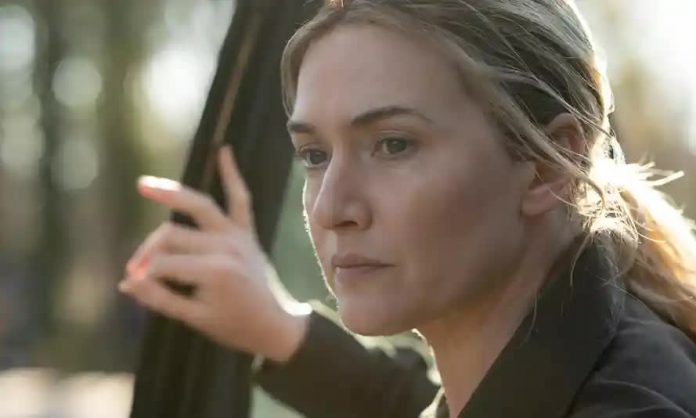 The actor’s turn as a complex, fallible detective has been a privilege to witness, in a murder mystery that kept us guessing right to the profoundly moving end

A study in grief … Kate Winslet in the finale of Mare of Easttown, Sky Atlantic. Photograph: HBO

In interviews, Kate Winslet always said it wasn’t a thriller. And she was right. Yes, Mare of Easttown (Sky Atlantic) began with a murder in a small, bleak Pennsylvania town and Winslet’s police detective Mare Sheehan being called upon to investigate. But it was almost immediately clear that the seven-part drama was setting up to be so much more – and even clearer soon after that it was likely to succeed in all its endeavours.

It was a character study, of how a woman ground down by life after the loss of a son to drugs and suicide, the consequent divorce from her husband and raising of her grandson in the face of a custody battle with his mother (her son’s former girlfriend, rehabbed but fragile) endures.

It took in more ordinary stresses and strains, too. Mare lives with her teenage daughter, Siobhan, and her mother, Helen (Jean Smart), who – although their scenes together were usually played for light relief – possessed in full maternal measure the ability to push every one of Mare’s buttons. On top of the domestic burdens, Mare had her professional ones. The killing of her colleague Colin Zabel during the rescue of two missing girls, including one whose disappearance Mare had been investigating for a year, only replaced one weight of guilt with another. The show has been compared to Sally Wainwright’s Happy Valley for its profound understanding that real life, particularly for middle aged women with their accumulated cares, doesn’t generally offer much respite.

It was a study in grief. Mare’s, of course: explicitly in some painful scenes with the mandated therapy sessions of which, in one of the many subversions of standard crime drama tropes, Mare decided to take advantage rather than shrug off; implicitly in every grim, set line of her face and step of her weary walk. But also a study in the suffering of the missing girl’s mother, Dawn Bailey – knowing too little of her daughter Katie’s fate, while Mare knew too much of her own son’s, whose body she cut down from her attic rafters – and, by the end of the seventh episode, the grief of many, many other individuals and of an entire community.

It showed a part of America that we don’t usually see – unmonied, unglamorous, its collective health and wellbeing eroded by poverty, the opioid crisis and other intractable issues beyond the power of any one person to control. Creator and writer Brad Ingelsby is a native of Pennsylvania and every beat of Mare of Easttown is steeped in love and written unsentimentally from the heart.

Everything unravelled and was knitted unwillingly together again to form a far more tragic story that Mare had to see through to its awful, profoundly moving conclusion

The finale gave us answers, if not the ones we wanted. Most of us, I suspect, would have left matters quite happily after the first arrest for Erin McMenamin’s murder had been made, Dylan’s motives had been revealed, and the Sheehan family were celebrating the rare averting of a crisis after Drew’s custody hearing (and after Smart showed her equally mighty non-comic chops at the table, conjuring up a lifetime of regret in a few lines – a breakdown over in seconds because nobody has time or energy for more). But we knew two things: that there was half an hour left of the running time, and that life doesn’t offer much in the way of respite.

Soon, further clues about the case were hoving into Mare’s view. There were parts of this final twist that you had to squint at to make work, but it remained emotionally true. If you have to choose between slightly flawed plotting and dud emotional payoffs, choose the former. Everything unravelled and was knitted unwillingly together again to form a much worse, far more tragic story that Mare had to see through to its awful, profoundly moving conclusion.

I don’t know if it will be a point of contention picked up by the wider audience, but in debate with others who have become wholly invested in the series and the woman, there seemed to be a fairly swift and strict divide between those who thought Mare should and would have done what she did … and those who thought she shouldn’t and never would have. Discuss, probably through tears, either way, once the credits roll.

Winslet’s performance as the complicated, loving, fallible and sometimes dislikable Mare has been rightly lauded. So subtle, understated and multilayered: it was a privilege to witness it. The same, undoubtedly, goes for the series entire.