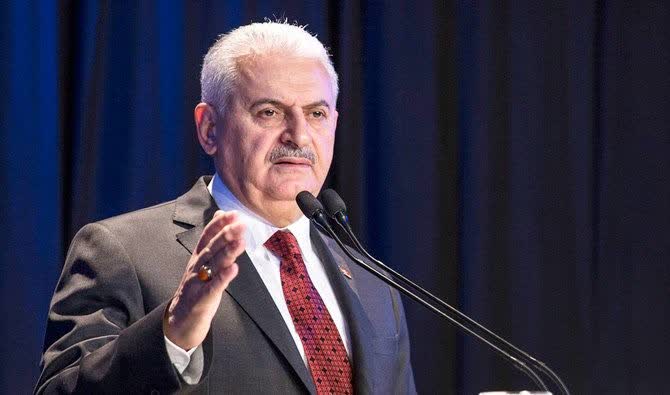 “Peker showed that he acts under the orders of Turkey’s enemies and domestic evil alliances with his ridiculous statements,” presidential adviser Saral said

JEDDAH: Most Turkish people believe the corruption claims leveled by fugitive mob boss Sedat Peker against the government, a new survey shows, despite presidential chief adviser Oktay Saral accusing him of being “used by Turkey’s enemies.”
In the wake of the bombshell allegations, Saral said: “Our state will do what’s necessary.”
For weeks, the Turkish government’s ally-turned-foe figure has published videos purporting to expose corruption and mismanagement within the ruling Justice and Development Party (AKP), especially concerning illegal drug and weapon trafficking and the longtime cooperation of Turkish senior officials with Al-Nusra extremists in Syria.
Through the eight consecutive videos, Peker has opened a Pandora’s box into “deep state secrets,” claiming revenge on government officials who launched a criminal prosecution against him and raided his home.
Turkish polling firm Avrasya revealed in its latest survey that 75 percent of those questioned believe that Peker’s claims are factual.
The survey was conducted in late May through 2480 respondents from across the political spectrum.
It also found that 95 percent of respondents from opposition parties believe that politicians who were implicated in the allegations should resign, while one-third of voters supporting the ruling government and its nationalistic ally think the same.
On Monday, Turkey’s dissident daily Cumhuriyet reported that Turkish customs data contradicted former prime minister and now deputy leader of the AKP, Binali Yildirim, who claimed that his son Erkam delivered COVID-19 aid to Venezuela in December.
His frequent visits to the country stirred controversy after Peker claimed the trips were made to establish a new international drug trafficking route from the country to Turkey.
Based on customs records between Oct. 1 and Dec. 31 last year, Cumhuriyet proved that no mask or test kit transfer was made from Turkey to Venezuela. Only about 1,500 test kits were sent to Caracas in that period as part of a business transaction between two companies not associated with Yildirim.
Cumhuriyet claimed that either Yildirim did not send masks and test kits to Venezuela or the transfer happened through illegal channels.
Peker claimed that the son of the former prime minister went to the Latin American country with the intention to set up a new route, following the seizure of 4.9 tons of cocaine headed for Turkey by Colombian authorities on June 9.
However, in a press speech on May 23, Yildirim said: “My son indeed went to Venezuela, but not in January or February. He went there in December last year.
“He distributed test kits, masks and other stuff to those in need as part of the fight against COVID-19.”
According to journalist Fehim Taskin, “what we are witnessing is the full adoption of a mafia style and energy within the executive branches of Turkey’s government, more deeply rooted than ever.”
He added: “The inside reflects upon the outside.”
In Peker’s latest video, where he covered Turkey’s dealings in Syria and Libya, the mob boss, who is believed to now live in Dubai, claimed that a paramilitary group named SADAT, under the supervision of Turkish presidency, sent weapons to Al-Nusra jihadists in Syria by disguising them an aid convoy he originally sent to Syrian Turkmens.
The allegations angered Turkish government and SADAT officials, who denied the claims.
“Peker showed that he acts under the orders of Turkey’s enemies and domestic evil alliances with his ridiculous statements,” presidential adviser Saral said.
“Our state will do what’s needed and all powers will recognize that this country won’t be damaged with such acts of nonsense,” he added.
Some former Cumhuriyet journalists were jailed for reporting Turkish weapons shipments sent to war-torn Syria via the Turkish intelligence agency, MIT, in 2015.
Peker has promised further videos about Turkey’s political elite in the near future. He is expected to talk about his relationship with Turkish President Recep Tayyip Erdogan in the next clip, which will be released over the weekend.