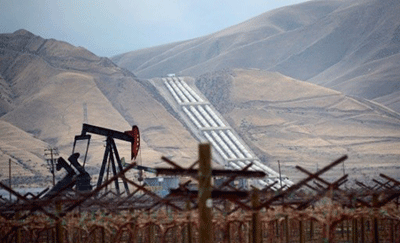 Environmentalists and shareholders concerned about the risks of investing in oil in the energy transition were not the only winners of last week’s historic rebuke of Big Oil by investors and society.

While the growing discontent with the largest international oil firms resulted in stinging defeats in Exxon and Chevron’s boardrooms and in a Dutch courtroom where Shell was ordered to cut emissions more than it has pledged to, OPEC was quietly sitting on the fence and contemplating its next short-term move.

While environmentalists celebrated a “historic win & tears of joy” in The Hague, somewhere in Riyadh, the rulers of the world’s largest oil exporter may have celebrated, too. That’s because if international supermajors drastically cut emissions and reduce upstream investment to meet increasingly demanding calls for aligning with the Paris Agreement goals, it will be the national oil majors—most of which belonging to OPEC’s biggest producers—that will likely fill any gap in global oil supply, both in the short term and in the long run.

Add to this the continued capital investment discipline of U.S. shale following last year’s price crash—despite rising oil prices—and OPEC now may have a chance to return more of the supply it has been withholding quicker than planned, as non-OPEC production growth is not expected to be as fast as it was before the 2020 downturn.

For the long-term, the louder voices for change at the world’s largest international oil firms are likely playing right in the hands of the national oil companies of the petrostates in the Middle East, none of which aim for net-zero anything over the coming decades, unlike most of the western world where Big Oil firms are based, which has pledged carbon neutrality by 2050.

Last week’s resounding rebuke of what investors think are insufficient actions for positioning Exxon and Chevron to reward shareholders in the long term is only the start of louder campaigns in board and courtrooms to hold Big Oil accountable for contributing to climate change.

“We see a shift from stigmatization toward the criminalization of investing in higher oil production,” Bob McNally, president of consultant Rapidan Energy Group and a former White House official, told Bloomberg’s Javier Blas.

“This historic vote represents a tipping point for companies unprepared for the global energy transition. While the ExxonMobil board election is the first of a large U.S. company to focus on the global energy transition, it will not be the last,” said CalSTRS, commenting on the board revolution at Exxon led by activist investor Engine No. 1, which holds just 0.02 percent in the U.S. oil giant.

The world’s largest asset manager, BlackRock, backed three of Engine No. 1’s four board nominees and said, “We continue to be concerned about Exxon’s strategic direction and the anticipated impact on its long-term financial performance and competitiveness.”

Every investment of the world’s top international oil firms will now come under increased scrutiny and, most likely, criticism from activists and climate campaigners.

However, it’s currently the profits from oil and gas that help Big Oil to channel more investments into renewable energy, hydrogen technology, or carbon capture and storage – or as BP has put the spin on it “Performing while transforming.”

The more investors revolt against Big Oil, the more opportunities OPEC and its national oil companies will have to step up and say they need to pump more oil to keep the global energy supply and oil prices stable.

Unlike in the United States, the UK, and the European Union, OPEC’s top producing firms are not pressured by government pledges for net-zero emissions or shareholder dissent over their strategic direction. For example, the top shareholder of the world’s biggest oil firm by any measure, Saudi Aramco, is the Kingdom of Saudi Arabia with more than 98 percent. While BP, Shell, and Total will be shrinking oil production, Aramco could see more opportunities to increase its own to fill in the gap.

Big Oil firms could be constrained by shareholders, capital markets, and even courts in their investment in oil and gas while they pursue net-zero 2050 targets, paving the way for OPEC producers such as Saudi Arabia, Iraq, Iran, Kuwait, the United Arab Emirates (UAE), and Venezuela to boost their market share.

“Resource-holding governments will want to maximize the value of their oil and gas revenues through the energy transition. If IOCs progressively narrow their geographical focus and keep budgets tight, NOCs will take more of a lead in proving up and commercializing resource,” Wood Mackenzie’s Chairman and Chief Analyst Simon Flowers said last week.