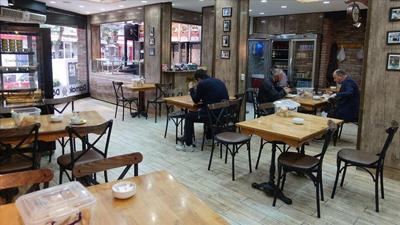 Turkey on May 31 eased some public gathering restrictions aimed at curbing the spread of coronavirus.

Addressing reporters following a Cabinet meeting in the capital Ankara, President Recep Tayyip Erdoğan said that a curfew will be imposed from 10 p.m. to 5 a.m. on weekdays and Saturdays in June.

A full lockdown will be imposed on Sundays until further notice.

Restaurants and cafes will serve in-person between 7 a.m. and 9 p.m., and delivery will continue until midnight.

Turkey started a gradual normalization process on May 17 after a 17-day lockdown that significantly brought infections in the country down.

Until June 1, the country enforced weeknight curfews from 9 p.m. to 5 a.m., while weekends were under full lockdown.

June to be month of vaccine mobilization

Erdoğan underlined that his government is in “intensive preparation” to bring the “highest possible amount of different vaccines contracted” such as BioNTech, Sinovac, and Sputnik V to Turkey in June and to give them quickly.

“We will push the means to the fullest in order to turn June into a month of vaccine mobilization,” he said.

On national virus vaccine studies, Erdoğan said: “Hopefully, we will have our own vaccine before the end of this year.”

Turkey will gradually restart in-person learning for primary school students as of June 1 in line with its efforts to return to normalcy, the county’s national education minister said on May 31.

He said that in-person learning will resume in villages and sparsely populated settlements for five days a week. “The 2020-2021 academic year will end on July 2,” he added.

Meanwhile, the universities will begin the new academic year on Sept. 13, Erdoğan said.

Turkey has so far registered 47,527 deaths from COVID-19, while over 5.1 million people have recovered from the disease. There have been over 5.24 million confirmed cases in the country.

Turkey has administered over 29.06 million coronavirus jabs since launching a mass vaccination campaign in mid-January, according to official figures.