Oil demand in India has been clouding the outlook of global crude consumption since a devastating second COVID wave resurged in the world’s third-largest oil importer three months ago.  India’s uneven—and now stalled—recovery has been the key source of concern about global oil demand recovery in recent months, mostly because of the unknowns about when localized lockdowns to fight the spread of the pandemic would end and lift fuel demand for transportation and economic activities.

As severe and deadly as the second coronavirus wave in India is, it hasn’t hit the economy and fuel demand as much as the onset of the pandemic hurt the country in April 2020. This year, the central government refrained from imposing a nationwide lockdown as it did last year, fearing an economic collapse during regional elections.

But fuel demand did drop in April and May, especially demand for diesel and gasoline, while refiners cut back on crude oil processing rates in recent weeks and slowed down imports. The oil market frets regularly about how long the COVID impact will depress demand in India, and it looks like the jury is still out on this one.

Worse, even India’s top oil refiners are not exactly sure when oil demand will rebound now that the number of new daily cases has likely peaked and is falling.

Data showed that the number of new cases in the capital Delhi was the lowest since mid-March on Tuesday, while nationwide, the increase in new daily cases was at its lowest since April 9.

The uncertainty over when India’s oil demand will begin to recover has been weighing on the oil market and oil prices for months. The good news for the oil bulls is that demand in developed economies is rebounding with the reopening in the United States and the start of the driving season, as well as the reopening of the biggest economies in Europe with the number of infections falling as vaccination programs advance.

While road traffic and fuel demand were picking up in Europe and the United States over the past few weeks, Indian fuel demand plunged by 9.4 percent in April compared to March, due to the COVID crisis.

Fuel demand in India continued to slump in May, with gasoline sales down to a one-year low and diesel consumption dropping to the lowest in seven months in the first two weeks of May.

Oil demand in India is the main drag on the expected lower-than-previously-thought global oil demand this quarter, OPEC warned in its monthly report earlier in May. The cartel, however, is optimistic that accelerating vaccination programs and rising fuel demand will raise global oil demand by 5.95 million barrels per day (bpd) this year despite the COVID crisis in India, and kept its 2021 demand outlook unchanged from the previous month.

The localized lockdowns and curfews have affected road travel and demand for transportation fuels. India’s top refiner, Indian Oil Corporation (IOC), had reduced its capacity utilization to 84 percent in the middle of May, compared to 100 percent last November when demand was rebounding.

It looks like May was the worst month in terms of processing rates. But even the biggest refiner in India cannot predict when the oil demand recovery will be back on track like it was before the second COVID wave.

“We can only hope and pray that with the vaccination drive underway, things will come out well. But when, I don’t know,” IOC chairman Shrikant Madhav Vaidya told Bloomberg.

The U.S. Energy Information Administration, for example, expects India’s consumption of petroleum and other liquids to return to previously forecast levels by July, the EIA said last week when it revised down in the May STEO its consumption outlook for May and June from the April STEO.

“The May 2021 drop in mobility is consistent with large declines in gasoline and diesel demand, but the extent of the decline will depend on how long these conditions last and how severe the country’s responses to the outbreak ultimately become,” the EIA said.

That’s basically the view of all forecasters: it’s too early to tell when India will stop being a drag on the global oil demand outlook.

Although organizations and analysts acknowledge that India is a wild card and a potential downside risk to oil demand and oil prices, expected strong demand globally in the second half of this year outweighs concerns about Indian oil consumption. India may have prompted downward revisions of global oil demand in the first half of 2021, but a jump in demand elsewhere in the second half is currently expected to lead to the largest six-month increase in global oil demand ever. 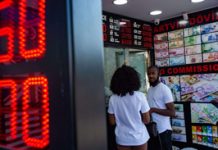